But the process didn’t work as planned, the market drivers changed and NRRI researchers knew it was time to pivot to other opportunities, like biochar and other carbon products. 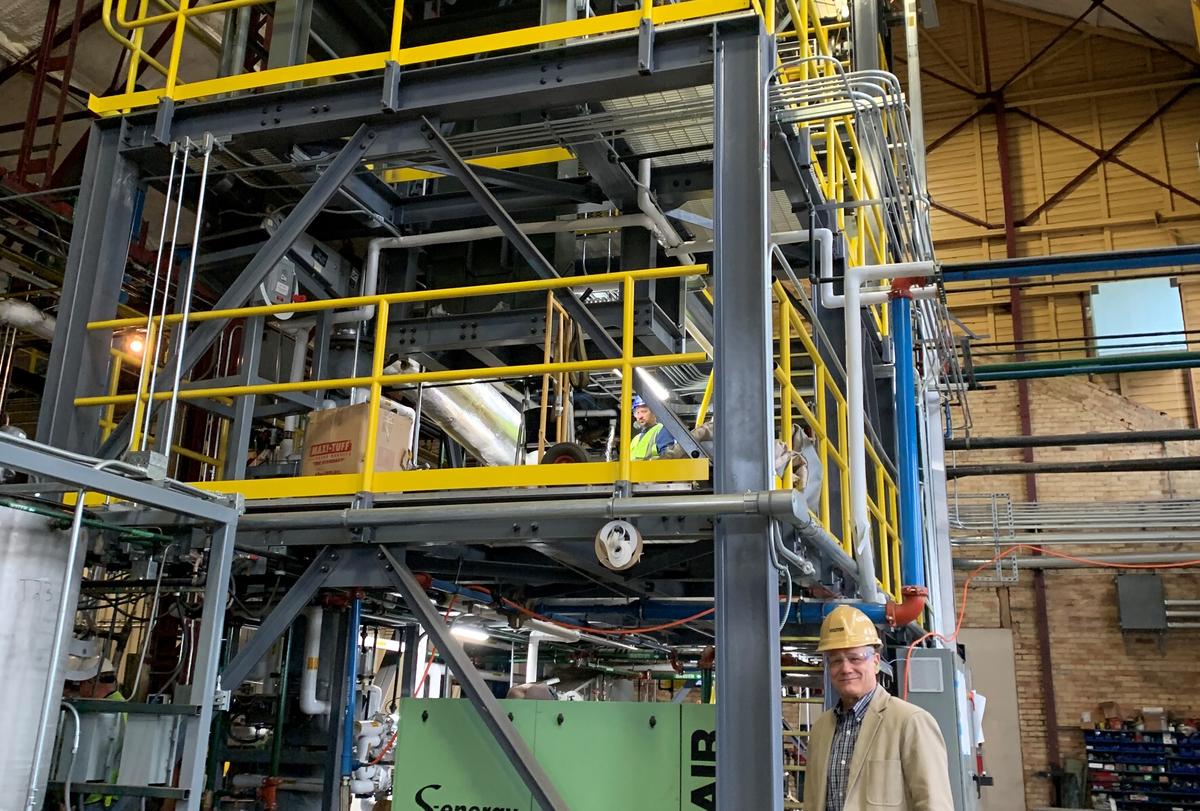 It's not easy to give up on a project. But NRRI and project partners knew when it was time to take research on solid biofuels in a new direction.

Research is rarely a straight-forward path to success. In fact, sometimes more is learned in the process of failing than succeeding. As inventor extraordinaire Thomas Edison famously said: “I haven’t failed. I’ve just found 10,000 ways it won’t work.”

Fifteen years ago, natural gas prices were sky high and coal use was increasing. NRRI began research to develop a renewable solid fuel alternative that could replace fossil fuels in electric utility plants. The product could be made with waste biomass resources – like beetle-killed trees or railroad ties – to produce a clean-burning, direct replacement for coal.

NRRI pursued this research with an industry partner, Gradient Technologies, to scale up a novel, steam-based moving bed technology to make the bio-based solid fuel. The technology was tested with a small batch reactor at Gradient Technologies in Elk River, Minn., in 2014, then scaled-up four times larger at NRRI’s Biomass Conversion Lab in Coleraine, Minn.

The 35-foot-tall moving bed torrefaction system was funded with a renewable fuels grant from Xcel Energy. The reactor was designed to thermally treat up to three tons of biomass a day on a continuous basis as an industrial-scale demonstration. The fuel would burn in a unique boiler designed by the Coalition for Sustainable Rail to produce both steam and electricity.

But the process didn’t work as planned, the market drivers changed and NRRI researchers knew it was time to pivot to other opportunities, like biochar and other carbon products. The team is looking into new funding sources to further develop these opportunities. 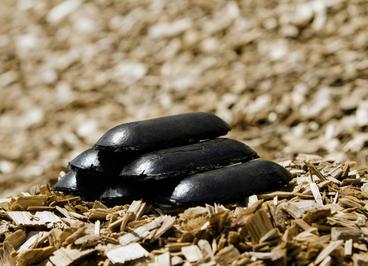 “Sometimes we do projects with novel, one-of-a-kind equipment,” said Kevin Kangas, NRRI Coleraine site director. “We can’t just go to a reference manual on how to design a vertical steam torrefaction reactor. There isn’t one.”

While the process worked at the pilot-scale, problems started emerging in the scaled-up version. At the small scale, the wood chips were basically hand-fed into the process. But at the larger scale, material handling produced fines, a dusty material that gummed up some of the equipment. The wood chips also tended to stack up on each other, keeping the steam from circulating evenly, resulting in a non-uniform product.

“We thought this through and had contingency plans, but despite everybody’s best effort and thinking, sometimes there are challenges that are difficult to overcome without making significant changes to the system,” Kangas said. “So we, with our partners, decided to close the project and pivot our thinking to other options.”

Also, during the development, markets shifted for solid biofuels. The Coalition for Sustainable Rail is still interested in replacing fossil coal in historical locomotives, but passenger trains are moving toward electric or battery power. And there’s one solid biofuel start-up, Restoration Fuels, LLC, in John Day, Oregon, that NRRI assisted.  Restorations Fuels is focused on providing solid biofuels to electric utilities and potentially in locomotive boilers.

NRRI is also exploring this technology as a pre-treatment for synthesis gas (syngas) and green hydrogen production. These products could provide renewable alternative fuels.

"We’d like to produce a cleaner syngas, which can be converted into alternative jet and diesel fuels, or as a source of renewable hydrogen for future heavy industry," added Singsaas.

Kangas acknowledged that closing out a project before it succeeds is a difficult decision to make. But he is confident that Xcel, NRRI and the entire team made a good business decision.

“It just makes sense,” he said. “We don’t have the same drivers as when the project started 15 years ago. But we gained a more viable series of research options toward other products and other markets.”