NRRI is 'crushing it'

Our HPGR is in that sweet spot where we can process much larger quantities than what an average research lab can do. 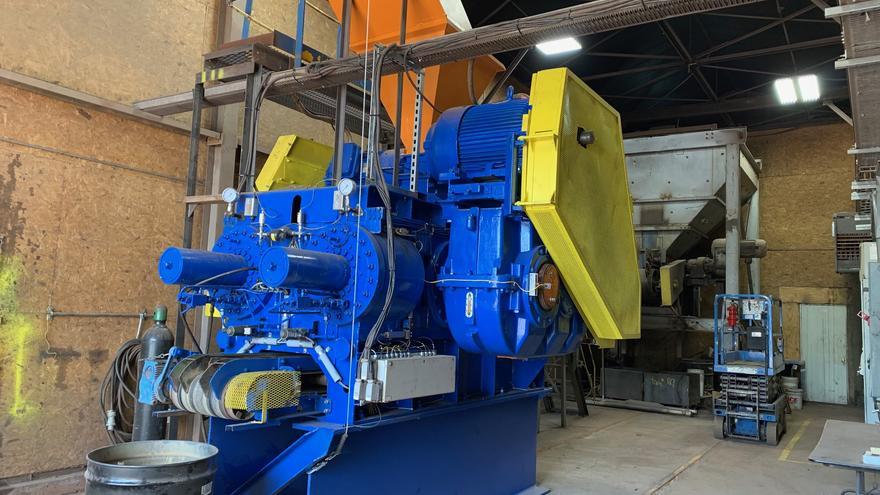 The space agency wants to know how lunar regolith, a variety of pulverized minerals coating the surface of the moon, could be used to eventually build structures to support a moonbase – landing surface, roads and foundations for livable structures.

Using lunar resources for construction materials will be more efficient than trying to haul material in a spaceship -- as well as extracting water from lunar ice and oxygen from minerals to create rocket propellant.  But the researchers, based out of Michigan Technological University’s Planetary Surface Technology Development Lab, need to develop the robots and processes to find, extract and process the lunar resources on earth.

To mimic the moon material – very small and angular particles that behave very differently than sand – they are mixing crushed earth-sourced minerals, anorthite and basaltic scoria. But to get the right particle size, the scoria has to be crushed. Eight metric tons of it was shipped to NRRI’s labs in Coleraine, Minn., from New Mexico in early November. The rocks will be crushed in NRRI’s unique, pilot-scale high pressure grinding roll (HPGR) so that the mixture will simulate lunar highland samples brought to earth on the Apollo space mission.

“Remember when Neil Armstrong and Buzz Aldrin walked on the Moon and left those footprints in the surface? That’s the material they need. It’s very fine, like flour,” said NRRI Process Mineralogist Lysa Chizmadia, lead researcher on NRRI’s portion of the project.

NRRI’s unique grinding equipment – the only large scale HPGR dedicated to research in the U.S. – is the perfect scale to tackle the scoria crushing. High pressure grinding rolls reduce particles by compressing and crushing the material between two counter rotating, parallel rollers with a small gap between them. This forces the rocks against each other. Compared to rod or ball mills typically used in iron ore processing, the HPGR substantially reduces water consumption and there are no rods or balls that need replacing. And depending on the rock type, is about 30 to 40 percent more energy efficient than traditional grinding technologies.

“Our HPGR is in that sweet spot where we can process much larger quantities than what an average research lab can do,” explained Kevin W. Kangas, Director NRRI Coleraine Labs. “And ours is the only one available in the U.S. for research on this scale.”

NASA’s goal is to build an Artemis Base Camp that will allow robots and astronauts to explore more and conduct more science than ever before. A portion of the lunar simulant material will be mixed with crushed ice and used to fill a trench with layers of varying compaction level and ice content, according to Paul van Susante, MTU principal investigator of the NASA Lunar Surface Technology Research (LuSTR) grant. Using a field test rover on Earth, the researchers will collect information about the geotechnical properties and ice content of the material with their test instruments (a percussive hot cone penetrometer and ground penetrating radar) to identify and quantify the ice and methods for extracting the ice as well as future exploration on the moon.

“The goal of extracting ice is to create rocket propellant and open up the rest of the solar system to much easier access,” van Susante explained. “The crushed basaltic scoria and anorthite mixture, called ‘lunar simulant,’ will be used to perform integrated system testing between January and May, and hopefully the cone penetrometer and ground penetrating radar will fly on a future lunar lander mission.”

For NRRI, this an opportunity to showcase unique capabilities for new collaborations.

“Personally, this is exciting because my research background and my research interests have always been space science and geology,” said Chizmadia. “That’s how I ended up studying meteorites for my masters and doctorate degrees.”