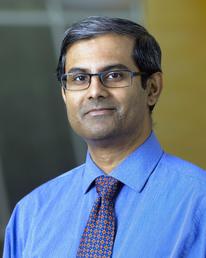 Dr. Thakurta has been working on the mechanism of origin of magmatic and hydrothermal economic mineral deposits, particularly on the mineralization of critical elements such as nickel, platinum group elements and rare earth elements. His research interests include the magmatism and sulfide mineralizations associated with the Midcontinent Rift System, crystallization of Ural-Alaskan type zoned mafic-ultramafic complexes, and the principles and applications of stable isotope ratios in petrogenetic systems. At NRRI, Dr. Thakurta is engaged with research on the origin of Ni-Cu-PGE deposits associated with the Midcontinent Rift.

Before joining NRRI he worked as a faculty member at Western Michigan University, where he developed a research program on the petrogenetic evolution of the Lake Superior Region particularly with respect to the origin of economic mineral deposits. He was the director of the Economic Geology program at the Michigan Geological Survey.