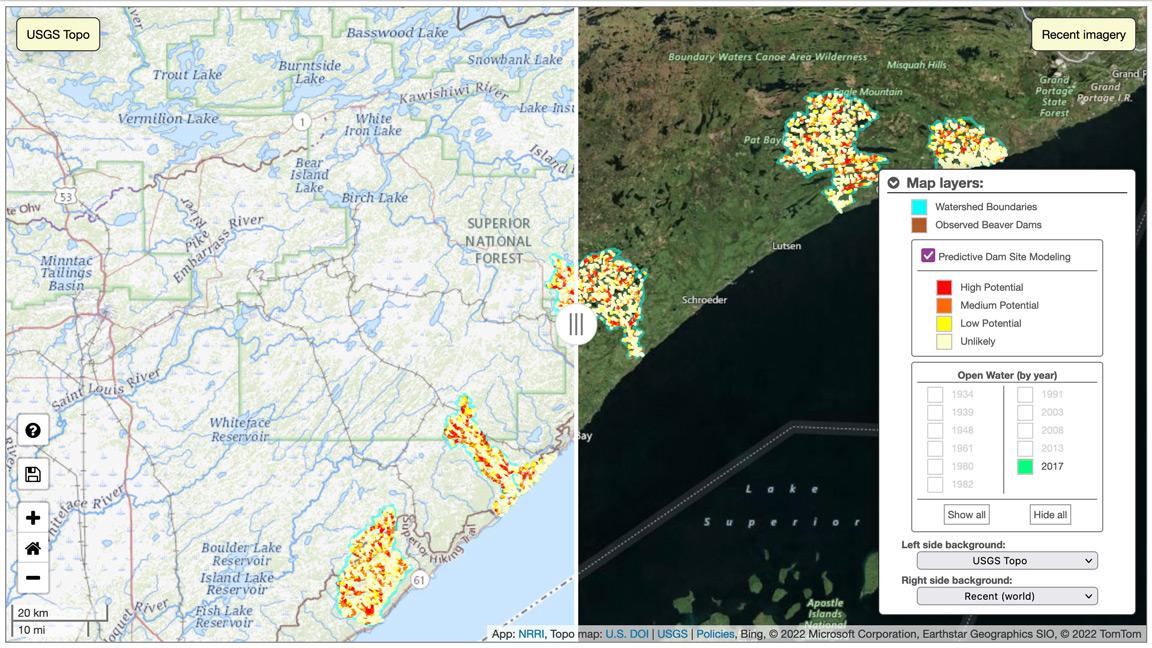 Beavers are landscape engineers. They play a huge role in coastal Lake Superior ecosystems – the creation of dams and ponds creates a complex of wetlands and open water that is dramatically different from the undisturbed watershed. Beaver dams influence water temperature, flow regimes, channel morphology, and sedimentation. As a result, it is important to understand where beavers are likely to build dams. As our summer rainfall events become more intense, beaver dams can mitigate their downstream effects by reducing stream energy and increasing water retention. But they also may have an adverse effect on fisheries, particularly steelhead and brook trout, which leads to controversy within coastal communities and complicates management decisions.

The goal of this project was to develop a model that predicts potential beaver dam locations based on stream channel, watershed and habitat characteristics. We based the model on a detailed analysis of historic air photos collected between 1934 and 2017, noting where beavers had built dams in the past. We analyzed watersheds for five North Shore rivers: the Knife, Split Rock, Manitou, Cascade, and Kadunce.