Doubling down on invasives

“We want this to be really applied research that can slow the invasion rates in Minnesota.” 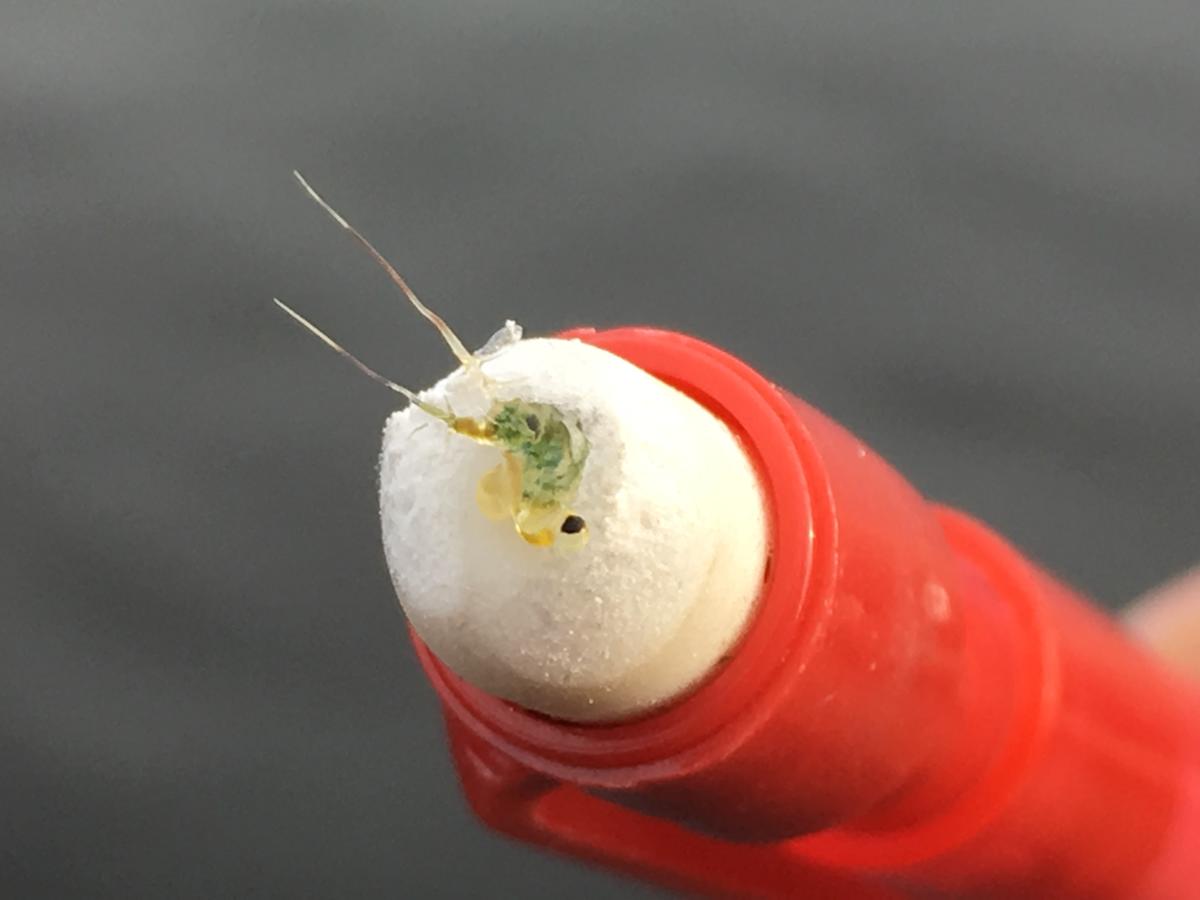 No one wants to spread troublesome plants and animals that mess with native species. And clean-drain-dry is an effective protocol for boats. But spiny water fleas, for example, are known for gumming up fishing lines.

What role does fishing gear play in spreading invasives? Is some gear more likely to spread spiny water fleas?

NRRI joined UMD’s Biology Department to get some answers. The spiny water flea is a non-native organism that eats even tinier organisms in lakes – the food needed by baby fish – thereby disrupting the food web. Like many aquatic invasive species, they arrived from Europe in ship ballasts, established themselves in the Great Lakes in the 1980s, then began hitchhiking to smaller lakes in the Midwest.

If the long, barbed spine of the spiny water flea gets it caught on fishing lines, increasing the risk of accidental movement to other lakes, what else might it catch on?
“Are the frayed anchor ropes a problem? What about the bait bucket? The downrigger? Are they hiding in the live wells in the boat?” asked NRRI Project Co- Lead Valerie Brady. With funding from St. Louis County, she and NRRI Scientist Josh Dumke devised a new research protocol to figure it out.

On a late summer evening, NRRI researchers motored in two boats on Island Lake Reservoir in rural Duluth “fishing” for spiny water fleas. Evenings and mornings are the best time to catch their research samples. Spinys swim deeper into the water to avoid the bright light of midday and hide from predators.

“Twilight hours, when anglers are often on the water, may present increased risk of ensnaring spiny water flea on gear due to the upward migration taken by these organisms under low light conditions,” explained Donn Branstrator, UMD Biology Professor and project leader. “That’s one thing we might learn with this research.”

Large, long nets are lowered off the side of one boat, and then raised to collect the tiny, spiny invaders. A second boat trolls the lake slowly with three fishing poles set off the back and a downrigger on the side while a live well pumps water into a bucket. Meanwhile, buoys suspend anchors and anchor lines to see if the fleas attach to them. They are testing three types of fishing line material – monofilament, braided nylon and fluorocarbon – along with three different anchor rope materials.

Island Lake Reservoir is one of about 40 Minnesota lakes known to be infested with spiny water fleas. And this small, voracious predator can have a big impact. A recent study of Rainy and Kabetogama lakes showed that while the spiny water flea is just 2-3 percent of the lake’s microscopic zooplankton, they reduced the native populations by 40-60 percent. A comparison of pre-invasion data to post-invasion in those lakes also showed slower growth rates of baby yellow perch after the invasion.

By spring 2018, the researchers will know more about how these invasive species are spreading and will begin an outreach campaign to share the information with anglers.

“A substantial part of our grant is to work with the University’s Minnesota Sea Grant and Minnesota Aquatic Invasive Species Research Center to develop public service announcements and other materials to tell anglers what gear needs extra cleaning,” said Brady. “We want this to be really applied research that can slow the invasion rates in Minnesota.”