"Decreasing deer-vehicle collisions by just one percent would save a lot of money, as well as saving the emotional cost to people involved.” 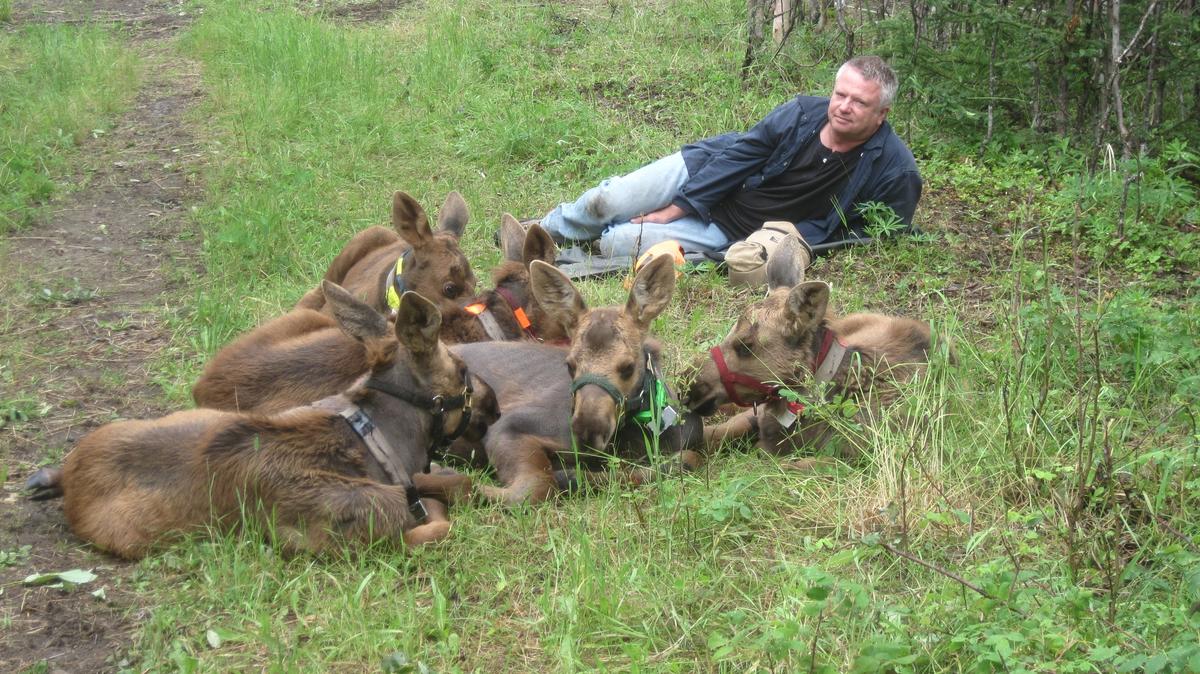 Ron Moen's long wildlife career has taken him on a 26-year walk on the wild side.

He’s held Canada lynx kittens in his hands. Looked for moose calves from a helicopter. Located bats in their tree roosts. Found a wood turtle that was almost 60 years old.  Watched wolf pups waiting for the pack to return.

Wildlife biologist and mammalogist Ron Moen has dedicated the past 26 years of his career -- starting as a post-doc researcher at NRRI in 1995 -- to forest mammals (and the occasional woodland amphibian), especially those in decline.

“Over the years I have worked on many different wildlife species. Animals can co-exist with humans, and some of the research I have done showed how,” said Moen. “For example, radiocollars on Canada lynx showed how forest management creates habitat that made it possible for Canada lynx to live in Minnesota. We also identified habitats moose can use to escape the heat.”

A new research direction for Moen is a deer project funded by the Minnesota Department of Transportation. Moen is turning his conservation efforts to saving money – and hopefully animals at the same time.

His latest project is understanding how to reduce deer-vehicle collisions in Minnesota. About 1,200 of these collisions are reported each year.

“There probably have been five to 10 times as many deer-vehicle collisions, in most of which there is property damage to the car and the deer dies,” Moen explained. “The base economic cost is $20 million per year for reported accidents, much more when considering unreported collisions. Decreasing deer-vehicle collisions by just one percent would save a lot of money, as well as saving the emotional cost to people involved.”

The project has pulled in expertise from Raphael Stern, a professor in the University of Minnesota’s Department of Civil, Environmental and Geo-Engineering, who is principal investigator on the project. Moen has also received many reports of dead deer on the side of the road from his NRRI Duluth colleagues. When one is reported, Moen goes to the site and collects data on road conditions, nearby habitats, and visual obstructions. The data will be analyzed by Stern using machine-learning techniques.

One of the NRRI employees who worked behind the scenes to make the deer-vehicle collision possible is Grants Professional Megan Gorder. She helped Moen develop a budget for the project and then shepherded it through the UMD budget systems after the grant was awarded. Estimating budget categories is critical to the success of a project. Also critical is meeting the grant requirements for the University accounting system.

Even though his wildlife work gets Moen outdoors observing nature on a regular basis, he still enjoys getting out to paddle on a kayak.

“I like sitting close to the water and watching fish, turtles and aquatic plants,” he said. “The Duluth area offers lakes and rivers that make this possible.”

PHOTO: Ron Moen takes a break from  from testing GPS collars for moose projects at the Moose Research Center in Soldotna, Alaska in July, 2012.