The samples revealed evidence of airborne chrysotile asbestos that most likely came from commercial asbestos products; specifically, materials used in construction and other developments from the early 1900s through the early 21st century. 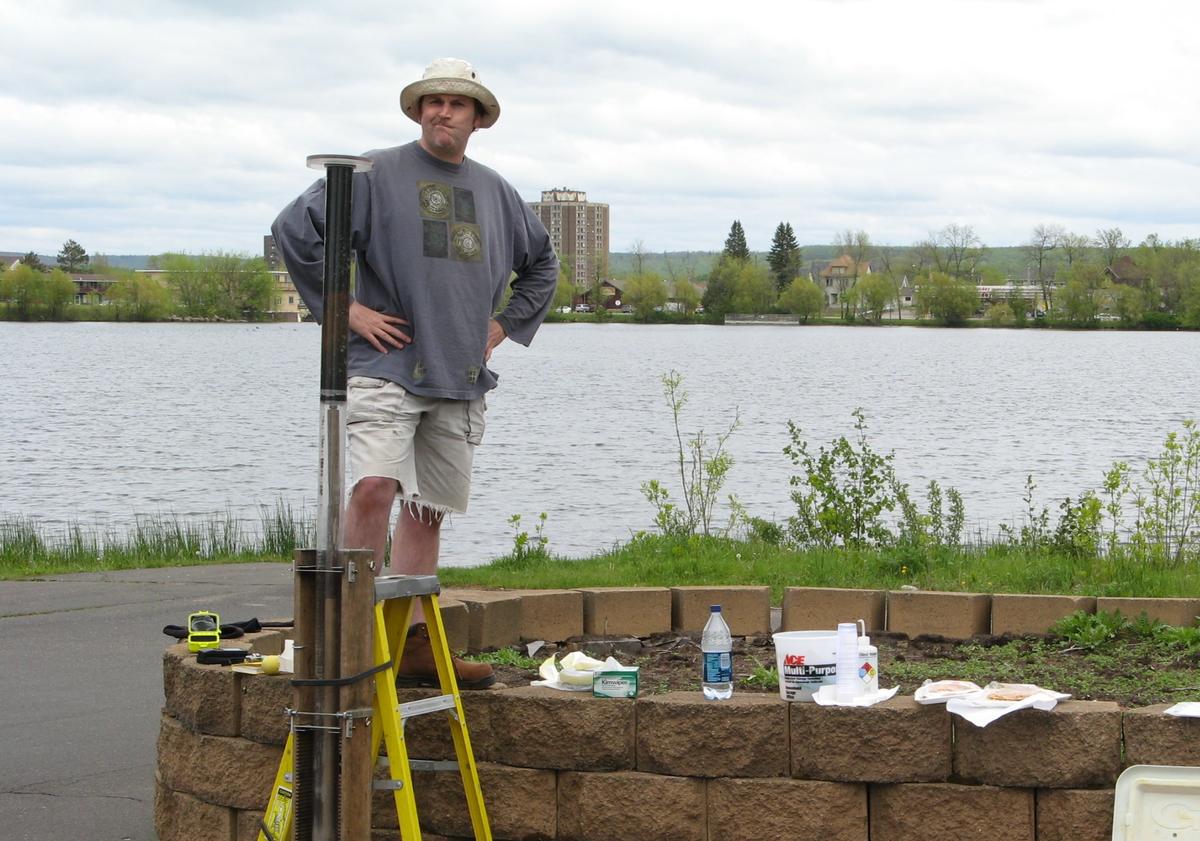 NRRI used a unique multi-disciplinary approach to understand what was in the dust generated as roads, construction and mines were being developed in the early 1900s. The study combined paleolimnology techniques with geology and minerals characterization expertise.

It’s long been known that asbestos fibers, when airborne and inhaled, can cause lung diseases, including a rare cancer called mesothelioma. Because of that, asbestos use was restricted and has severely dropped since the late 1970s. But concern that taconite dust may pose the same health risks to taconite workers spurred a number of studies out of the University of Minnesota’s School of Public Health starting in 2008.

NRRI played an important role in the University’s Minnesota Taconite Workers Health Study by collecting and characterizing airborne dust in taconite plants and communities on the Iron Range. NRRI geologists focused on identifying elongate mineral particles (EMPs) in community and taconite plant air samples, with comparison collections in the Twin Cities, Duluth, and at a remote site east of Ely. An EMP is defined as a mineral particle of respirable size that is three times longer than it is wide.

Asbestos fibers are in the EMP category, but mining and mineral processing activities can produce EMPs with different crystalline structures from a variety of rock types, causing many minerals to form particles that can be called EMPs simply based on their size and shape.

Aside from the current air samples, NRRI geologists also wondered if actual asbestos – commonly used until the 1970s in construction, especially in industrial settings – could have been in the air in the early days of Iron Range mining. The state had some historic air sampling data, but it didn’t include the detailed composition they needed.

Going Back in Time – with Lake Muck

Fortunately, NRRI has long used paleolimnology to go back in time to understand past water quality, even before Euro-American settlement. The technique involves collecting long tube samples of sediment that accumulated over hundreds of years in lake bottoms and noting changes in fossilized microorganisms. NRRI Senior Research Associate and paleolimnologist, Euan Reavie, applied this same technique to collect samples that NRRI geologists analyzed for mineral-based airborne dust that settled in the sediment of Iron Range lakes.

This study focused on the sediment collected from two lakes -- Silver Lake in the middle of the Iron Range in Virginia, and North-of-Snort Lake on the east end – because the mineralogy of the iron ore deposits is different in each location. NRRI studies of present-day air quality in mine processing plants and regional communities provided additional context.

The results of this study were published in the Journal of Paleolimnology in June. The samples revealed evidence of airborne chrysotile asbestos that most likely came from commercial asbestos products; specifically, materials used in construction and other developments from the early 1900s through the early 21st century.  Amphibole and non-amphibole (classifications given to certain mineral types) EMPs from mined rock and other geological sources were also identified.

“We noted very clearly the human influence of development in general, and yes, mining,” said Reavie. “And now that we see these past trends it behooves us to monitor things better, in a way that we track potential impacts from the start of any large, industrial project.”

Increases in elongate particles in the sediment corresponded with peak mining periods and dust likely generated from mining and ore processing facilities, but some could also have come from road use and construction. Evidence of chrysotile asbestos was found in the Silver Lake sediment, indicating common use of commercial asbestos.

“We wouldn’t find naturally occurring chrysotile asbestos in this part of the state,” said NRRI Geologist Larry Zanko, co-author of the paper. “So it seems that as the city of Virginia developed and started building up in the early 1900s, they were using these materials that aren’t just specific to mining, but used for a lot of different things.”

With this work Reavie and Zanko have confirmed the utility of a tool for establishing records of historic and background levels of mineral fibers. They would like to expand the study to more lakes down-wind and up-wind of potential sources. With these additional data they could clarify the sources and quantities of airborne mineral particulate.

This study was funded by the Minnesota Legislature and Permanent University Trust Fund.