“[Right now] we don’t know where these massive flocks are coming from or where they go." Alexis Grinde, Bird Lab Program Manager 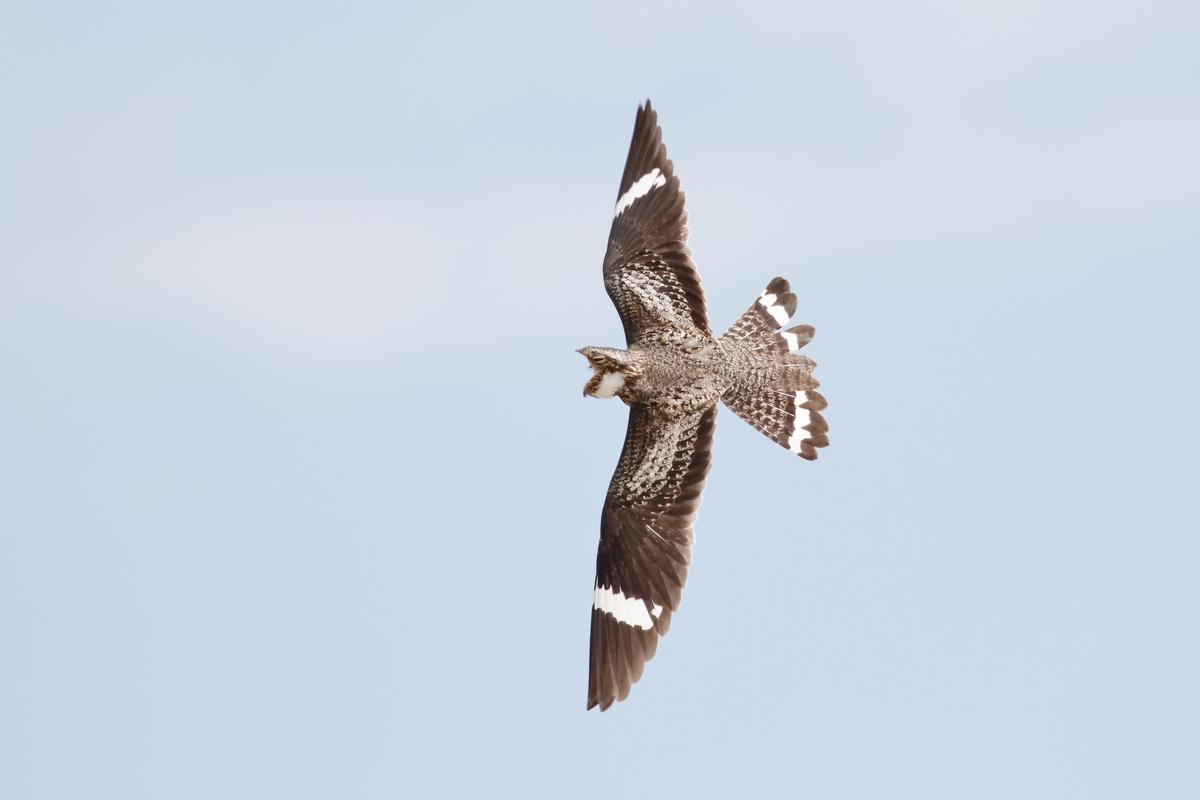 Last year, in one three-hour sit on a Duluth rooftop, Steve Kolbe counted 14,000 soaring nighthawks on their annual migration south.

“It’s pretty spectacular,” said Kolbe, a NRRI wild life biologist. “There’s no place else in the world you can see that.”

The annual common nighthawk migration is the reason Kolbe moved to Duluth after graduating from Miami University in Ohio and landing a job at Hawk Ridge in 2014. He’s long had a “thing” for this particular winged species – not a hawk, as the name implies. These aerial insectivores are related to the whip-poor-will.

Kolbe is in his sixth year of doing nighthawk monitoring at NRRI. It’s an effort initiated 12 years ago and has been carried out by NRRI ornithologists. It’s also the biggest data set on the species simply because of the sheer number that come through Duluth.

Also, because Kolbe is up there counting, trying to not panic when thousands swarm in.

But it’s definitely worth it. His carefully collected data – combined with the previous six years – is showing something unexpected. And the new knowledge on these odd birds will be published as part of Kolbe’s master’s degree at UMD.

The common nighthawk has been designated as a Species of Greatest Conservation Need by the Minnesota Department of Natural Resources. Breeding bird surveys out of Canada say birds that rely on flying insects are declining dramatically, about six percent per year. And the Partners in Flight organization identified the nighthawks as a species in steep decline.

“But we’re not seeing that at all,” he said. “We’re actually seeing an increase in our counts in the last 11 years.”

What does that mean? NRRI ornithologists aren’t sure, but they’re keen to secure funding and develop a research program around it.

“We don’t know where these massive flocks are coming from or where they go,” said Alexis Grinde, NRRI Bird Lab program manager. “All we have is this baseline data to build hypotheses from.”

Grinde would like to build a citizen science monitoring program around the nighthawks because once people recognize them, they’re very engaging and fun to watch. Duluth’s annual nighthawk migration can be viewed from Hawk Ridge on Skyline Parkway from mid-August until about September 1 between 5 – 8 p.m.