But maybe the biggest thing I gained for my professional career here was seeing and taking part in a larger part of the full research cycle. 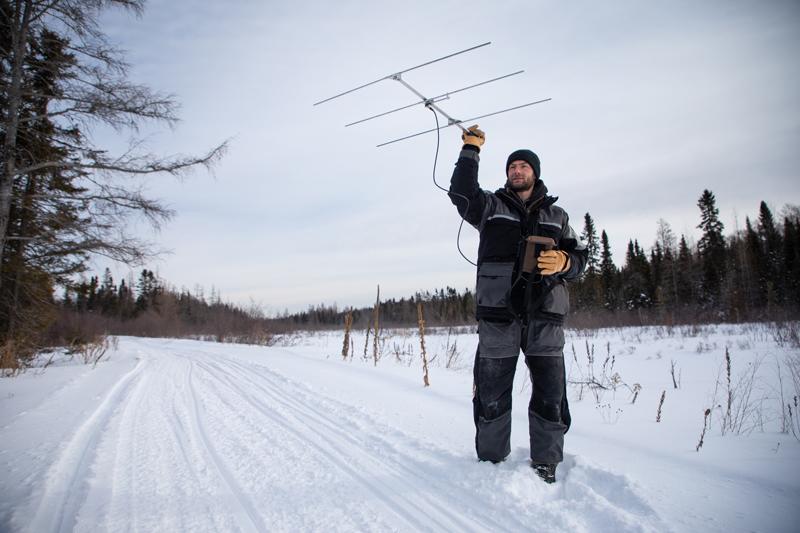 Nate Weisenbeck’s 8-year-old self couldn’t be happier. Now at age 23, he’s headed to Florida to live out his dream as an intern in the field of marine biology.

“From my earliest memories – the very first time anyone asked me – ‘What do you want to be when you grow up?’ I said, ‘marine biologist’,” said Weisenbeck. “As I got older it expanded to all animals and nature. I couldn’t do anything else.”

And with that easy decision made, he launched a career trajectory that started at the University of Wisconsin-Stevens Point. His degree in Wildlife Ecology and Management included a trip to Africa to study the sex and age ratios of Savannah elephants using digital photogrammetry in the Okavango Delta region of Botswana. The last safe haven for these elephants.

“One of my professors had a project there, and he gave me the opportunity to lead part of a larger research project on elephants in Botswana,” he said. “That was life-changing, to say the least.”

“He was the only one in the whole conference talking about fishers, one of my favorite species – I had to go to his talk,” Weisenbeck said. They chatted afterwards and exchanged emails. Upon graduation, Joyce invited Weisenbeck to come to NRRI to be a summer research technician.

He arrived in June 2021 and immediately started analyzing data collected from trail cameras aimed on fisher den boxes to gain understanding of their effectiveness and look for reproduction events. By the end of October, Weisenbeck accepted a full-time position at NRRI as a Wildlife Technician

“Having Michael as a mentor, sharing everything he knew with me, was invaluable. I will take everything I learned with me and hope to make a big, positive impact on our wild places,” said Weisenbeck.

His favorite project involved getting close to animal scats. Joyce is leading a project to understand the relationship between small forest mammals and dispersal of fungal spores – like, truffles that fruit underground. As mice, voles and other critters eat mushrooms, the spores are dispersed throughout the forest in their droppings. Forest fungi are important forest health partners, with an incredibly complex, symbiotic relationship with trees.

“Small mammals play a really big role in forest health, but this research is pretty new,” said Weisenbeck. “It was exciting to learn about Michael’s research on the cutting edge of mammal-mediated fungal spore dispersal research.”

During the winter of 2022, Weisenbeck also helped with bobcat and fisher trapping to outfit the carnivores with radio-collars. Bobcats are a significant predator of fishers, and this project aims to understand bobcat impacts on Minnesota’s fisher population. The carnivore project is funded by the Minnesota Environment and Natural Resources Trust Fund as recommended by the Legislative-Citizen Commission on Minnesota Resources (LCCMR).

“We went out on snowmobiles in the Superior and Chippewa National Forests and ran trap lines. It was all new to me and super fun,” said Weisenbeck. “This project also taught me a lot about how legislative funding works and all the facets that go into it.”

Weisenbeck also had the opportunity to learn about other NRRI wildlife research projects taking place, from long-term bird monitoring to wood turtle habitat. He is amazed at the broad diversity of research and how NRRI is right at the intersection of the economy and sustainability.

“But maybe the biggest thing I gained for my professional career here was seeing and taking part in a larger part of the full research cycle,” he said. “I was able to help draft initial protocols, collect field data, and help enter and analyze the field data… seeing the full breadth of what research is and how it gets done was just awesome.”

And now he’s hoping he can apply the skills he learned in the Northwoods to the beaches of Florida. Weisenbeck will join a team of U.S. Geological Survey researchers studying sea turtles. During nesting season when the mother turtles come up on the beach, the crew will check those with movement transmitters and put more on those who need them.

“I grew up in central Wisconsin boating on the Wisconsin River, so being on the water feels natural for me. This is exactly what I want to do,” Weisenbeck said. “And I’m looking forward to the warmer temperatures and lots of reptiles and amphibians to find and learn about.”

He realizes how fortunate he is to have had a clear vision for what to study in college and for his career. For college students struggling with picking a major, he says to look inward.

“What do you truly love? When are you happiest? And if that’s not clear, just try a bunch of new things, see what feels right and trust yourself,” he said.