“The base economic cost is $20 million per year for reported accidents, much more when considering unreported collisions. Deer-vehicle collisions are costly, in terms of both dollars and injury. So that’s the motivation and why MnDOT is interested in this.” 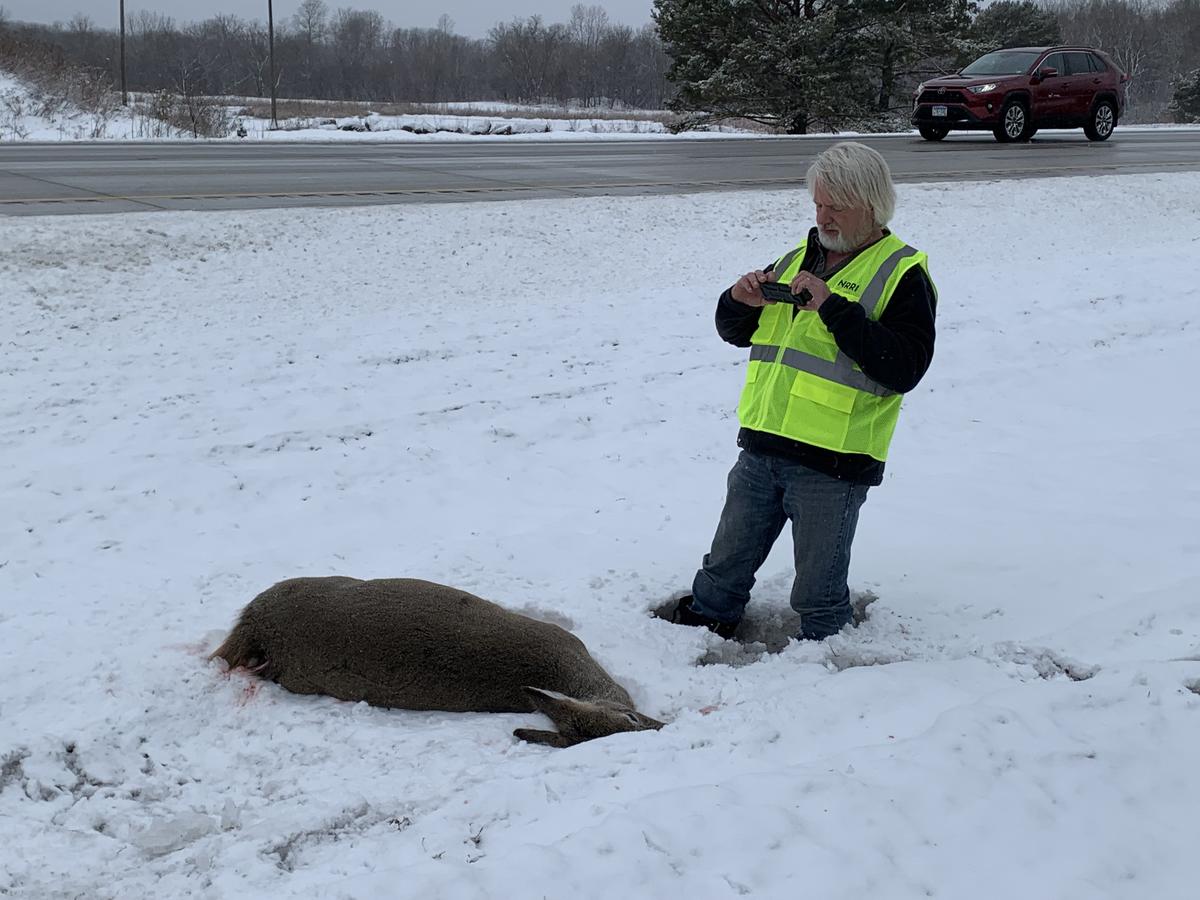 MnDOT funding seeks to understand true number of incidents in Minnesota to save money, wildlife and human injuries.

How often do you see a deer crossing where there’s a deer crossing sign? Those yellow warnings are supposed to make drivers slow down and watch for deer to reduce collisions. But do they work? Drivers tend to ignore them, so the Minnesota Department of Transportation has removed most of them on state highways and stopped putting them up.

So, the problem continues. Annually, the Minnesota Department of Public Safety reports around 2,000 deer-vehicle collisions across the state. But State Farm Insurance, which gathers its own data based on insurance claims filed, estimates the number of animal-driver collisions at over 40,000 in Minnesota last year, most of which involve deer.

According to NRRI Wildlife Biologist Ron Moen, the State Farm estimate is closer to the actual number of deer-vehicle collisions, in part because the number reported to the state is not intended to be a complete count.  And insurance companies only get notified when the damage is severe enough to warrant expensive auto repairs, so the State Farm number may even be an underestimate.

With funding from MnDOT, Moen is taking part in a pilot study to better understand where deer-vehicle collisions happen, document their frequency and develop recommendations to reduce these incidents.

“The base economic cost is $20 million per year for reported accidents, much more when considering unreported collisions,” said Moen. “Deer-vehicle collisions are costly, in terms of both dollars and injury. So that’s the motivation and why MnDOT is interested in this.”

Moen is working with Raphael Stern, assistant professor and specialist in traffic engineering at the University of Minnesota on the Twin Cities campus. Stern is the pilot project’s principal investigator and will do the statistical analysis of the data collected.

To get the required data, Moen needs to visit and document as many road-killed deer as possible. He uses his smart phone to take pictures of the deer where it fell on the roadside, which direction the vehicle was headed and notes the deer’s gender and rough age (fawn or adult).

The effort is creating a new database that can be compared with what is reported to the Minnesota Department of Public Safety. This new database shows where the deer-vehicle collision hotspots are and what might be contributing to these collisions – road characteristics, habitat, amount of traffic and speed limits.

“If we can reduce these collisions by just one-half of a percent, this $200,000 pilot study has the potential to deliver a million dollar return on investment,” said Moen. “Minnesotans seem to know, it’s not if you’ll hit a deer, but when. We understand cost of human injuries, car repairs, lost work time, not to mention the emotional toll of a car accident.”

Moen’s smart phone not only captures images of the deer, but also the GPS coordinates. On a Wednesday in late March, Moen was on a stretch of County Highway 53 in rural Duluth gathering data. Back at the office, he adds the coordinates to the database and maps the incidents.

His take-away from just that eight-mile stretch of Highway 53, is documentation of 25 deer-vehicle collisions since May 2021.

“That is surprising to me, and among the highest rate I’ve seen on roads I’ve driven,” said Moen. “Twenty-five accidents in less than a year on just this eight-mile stretch of roadway.”

“When you hit a deer you lose work time, you have to call your insurance agent, get your car fixed and might have injuries,” Moen said. “It’s often fatal to the deer but could also be to the humans involved. I hope this study succeeds in reducing these collisions.”

Moen is halfway through the first year of data collection and already has concrete results. He’ll continue collecting data for a full year. The next step is to use the data to figure out how to reduce these collisions.

“Maybe we can identify strategies to reduce collisions – maybe dynamic signage with motion detectors – in more strategically placed locations that would make a difference,” said Moen. “Other potential solutions include deer fencing paired with under or overpasses.”