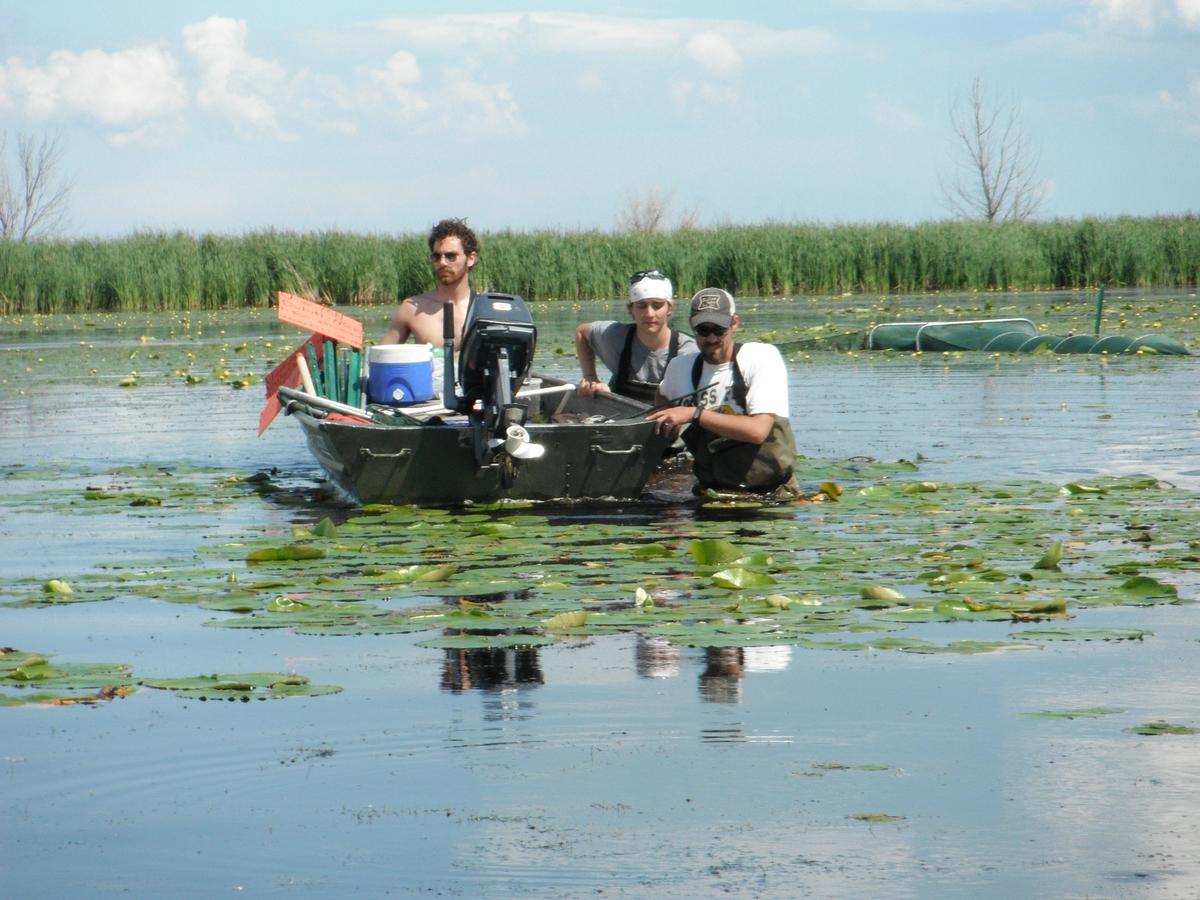 NRRI receives $2.33M from the EPA to support research teams that monitor shorelines from Thunder Bay to Green Bay.

The Environmental Protection Agency announced in April $10 million in continued funding for the Great Lakes Coastal Wetland Monitoring Program through 2025. NRRI received $2.33 million as one of ten teams in this effort.

NRRI has three teams of specially trained technicians and scientists that will travel from Thunder Bay, Ontario, through northern Wisconsin and across the Upper Peninsula of Michigan to Green Bay in Lake Michigan to monitor the wetlands. Specifically, they’re documenting changes to fish, bug, plant, bird and amphibian communities and whether changes are caused by human activities or natural cycles. Monitoring the plants and animals helps the scientists provide data to natural resources managers to keep protection and restoration efforts on track and help detect changes to the system.

In essence, we’re asking ‘How are you doing? Are the humans taking care of your wetlands?

NRRI Senior Aquatic Scientist Valerie Brady is co-principal investigator with lead investigator Don Uzarski at Central Michigan University. Brady is charged with coordinating this large program, including the details of the sampling effort to ensure each scientist and technician – from Duluth to the St. Lawrence Seaway – are collecting data in exactly the same way, every time.

“And that’s a real challenge,” she said. “We have to have consistency to be able to legitimately compare data from Lake Ontario to Lake Superior, right down to the angle of the fish nets.”

With 10 years of data on some 1,000 wetlands across the Great Lakes basin – the biggest coastal wetland dataset of its kind on earth – scientists can effectively monitor and document ecological improvement and degradation. Using these data, web-based tools have been developed for agency managers to use in making well-informed decisions.