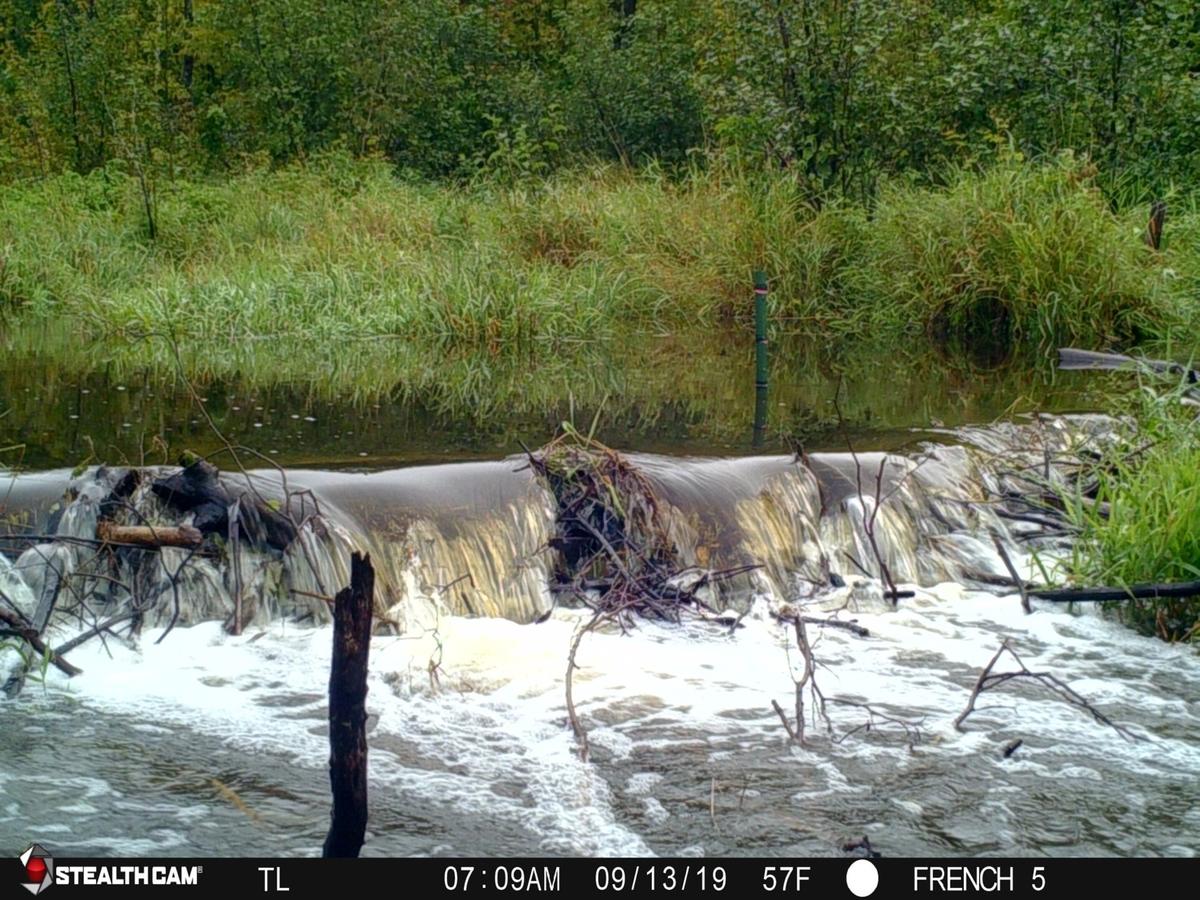 While anglers may curse the busy beavers that dam up a popular trout stream, there can be positive benefits from the ponds created by dams.

Beaver ponds attract a wide variety of other animals – ducks, muskrats, frogs, and a variety of predators attracted to concentrations of wildlife. Deep ponds provide winter refuge for fish. Dams are also used as a bridge by bears, deer, fox, wolves, and many other forest mammals.

“More species show up where there are ponds and not just streams on the landscape,” explained NRRI Scientist Josh Dumke. “There’s a whole network of changes that happen in a forest when a pond is there.”

“There’s a whole network of changes that happen in a forest when a pond is there.”

Beaver can live almost anywhere there’s water. Trout, on the other hand, are limited to relatively few cold-water streams, and the dams and ponds may not always improve conditions for trout.

“That’s why it’s such a complicated topic,” said Dumke.

Currently, the Minnesota Department of Natural Resources policy is to remove beavers from the mainstem of some trout streams to allow upstream migrations of spawning fishes from Lake Superior. Dumke’s research – part of a two-year project led by UMD professor Karen Gran and funded by Minnesota Sea Grant – set out to understand if beaver dams in north shore streams are impeding movement of trout and other fish. The study design included mildly shocking fish to catch them around beaver dams on the Knife and French rivers, marking them, and setting them loose again. If a marked fish was recaptured later on the other side of a dam, he’ll know that fish was able to move beyond the dam, and whether it moved up or downstream. 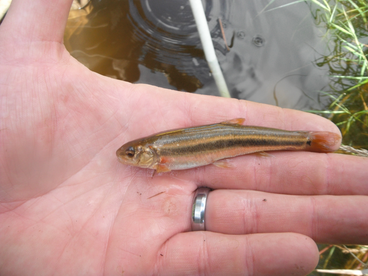 No two streams are alike, and no two dams are alike. The dam and pond systems are constantly in flux from beaver activity and flooding. The variables at each site make it hard to have a blanket policy of removing beavers and dams, or not. This has led to differing opinions on whether beavers are a good or bad thing in trout streams.

“Both opinions can be right,” Dumke said. “Land managers have to assess each situation separately.”

But because so little was known about the interactions of fish and beaver dams in Minnesota, the data he gathered is very helpful.

Unable to physically collect fish behind large dams – the water is too high – the researchers studied dams three feet high or less. They observed that, at least at that height, high water flow after a rain event can flow over the dams allowing for fish movement. Land managers also have to consider water flow conditions. In low flow streams, sometimes the only water in it is the beaver pond, offering refuge to fish until the flow improves. Consideration should also be given to the stream’s temperature and whether the pond is creating water that’s too warm for trout. Sometimes it does, sometimes it doesn’t.

Land managers also must consider the desires of the landowners – whether publicly held or private. Some landowners want beavers in their streams. Others don’t. 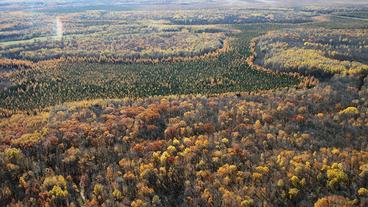 With one field season of data and 1,200 marked fish – of which 248 were recaptured – 90 percent did not move from the stream section they were captured in. The team went back to look at time-lapse photos set up at the dam sites. They found that the 10 percent of fish that did move likely used big rain events that sent water over the dam.

“So yes, fish are able to move past dams because we got some big rain events” said Dumke. “But we don’t know how fish respond to larger dams, or different flow conditions yet, and that’s why it’s such a hot topic for land managers.”

These findings offer some common ground for managers, landowners, and advocacy groups who may differ in their opinions to leave beaver alone or remove them from trout streams. Now, there is some data to guide conversations about dams as fish barriers rather than supposition.

Dumke hopes to secure funding for a larger fish movement project which would involve more field sites, larger dams, more fish, and a longer project duration to answer more questions about how fish move throughout stream systems with and without beaver.