“Tiny-celled things like cyanobacteria are what make up harmful algal blooms. I think we should be accounting for them.” 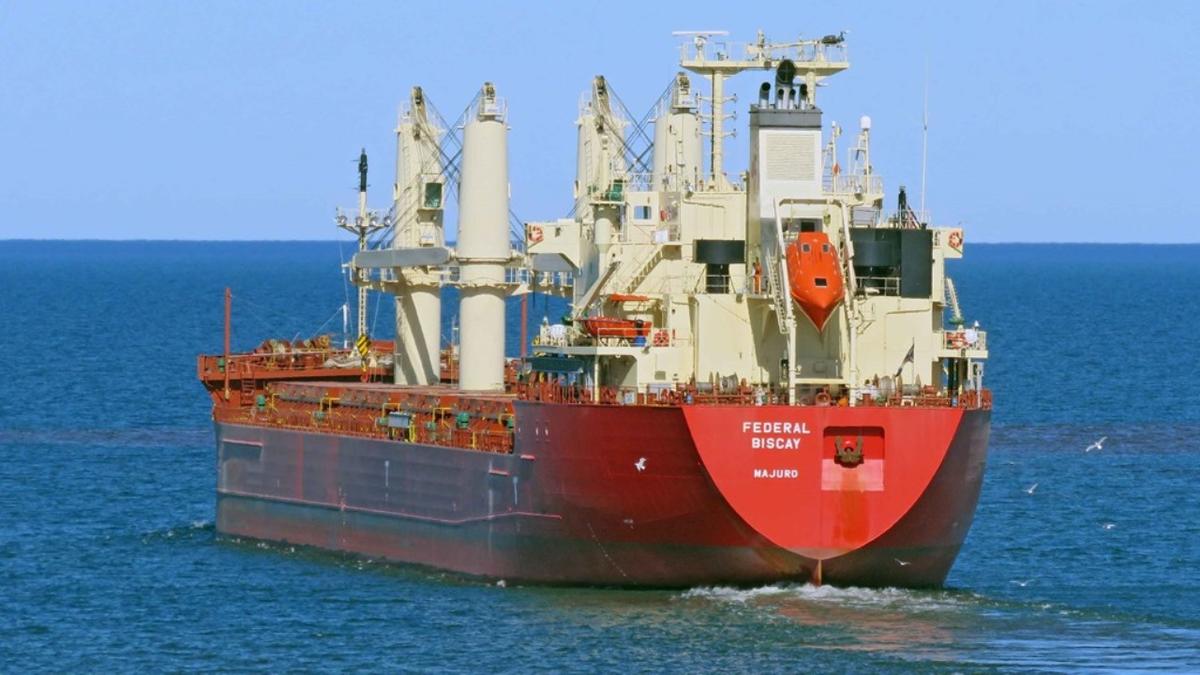 On the surface, it’s not too complicated. Make sure there are no living critters in the ballast water of international ships before they dump the water in a new port.

That should stop the problem of invasive species being transported where they’re not wanted. Right?

Sadly, it’s much more complicated than that. And NRRI Scientist Euan Reavie is especially challenged in his role to keep the tiniest of invasive species out of the Great Lakes.

Working in a recently refurbished lab in Superior, Wisc., Reavie is part of a team that tests newly engineered technologies that claim to eliminate species from ballast water. The Great Waters Research Collaborative lab can imitate a ship’s ballast conditions in tanks and simulate species invasions in large mesocosms, or simulated environments for experiments.

The lab was recently acquired by the University of Wisconsin Superior (UWS) and its reopening in September was preceded by a lot of equipment and facility repairs and upgrades.

“Right now researchers in the Collaborative are focusing on validating the lab systems to make sure everything is working properly,” said Reavie. “Next year we’ll be doing real testing.”

New, market-ready technologies – chemical treatments or filtering products – are scientifically tested to give impartial data on their efficacy. They work with the technology developers to get them information on how well the systems work in a variety of challenging conditions.

But Reavie is facing one challenge that can’t be tackled in the lab. Regulations that are suitable for marine ecosystems, not the Great Lakes.

Co-authoring with former lab director Allegra Cangelosi, Reavie published a paper in the Journal of Great Lakes Research this month outlining how current ballast water regulations are making it harder to test a technology’s efficacy on the microscopic species that he studies.

Part of the problem is that regulations about how to test these ballast water technologies are in conflict with biological realities in the Great Lakes.

“I mainly work on algae. The rules work fine for larger species like zooplankton because the regulations match what is actually found in the Great Lakes,” Reavie explained. “But there’s a whole group of tiny algae that my team works on that are problematic.”

The regulation defines “risk” to the ecosystem based on cells that are between 10 – 50 microns, which is smaller than the width of a strand of hair. But in Reavie’s world, that’s large.

“The algae we should be most concerned about in the Great Lakes are all smaller than that,” he said. “Tiny-celled things like cyanobacteria are what make up harmful algal blooms. I think we should be accounting for them.”

To meet current regulations for testing a treatment system, Reavie and his team have to artificially enhance algae abundance – almost like a thick algae soup – unlike what you’d normally find in the Great Lakes. Regulators believe that if the technologies can clean up these “super bad” conditions, they will work on any conditions. But scientists think the unhealthy density of algae uploaded into a treatment system might compromise the results. Reavie is hoping the new peer-reviewed paper will get the attention of lawmakers.

“Plenty of great things have already been done to protect the Great Lakes from ballast-borne invaders, but a few simple changes to the rules to account for the tiniest of microscopic algae could protect them even more,” Reavie added.

In addition to UWS’s Lake Superior Research Institute and NRRI, the Great Waters Research Collaborative includes associations with the Maritime Administration, the Great Lakes Restoration Initiative, AMI Consulting Engineers and the City of Superior. Since 2003, the Collaborative has tested over 70 ballast water treatment and rapid assessment technologies.