“To have confidence in a new skillset, and the support along the way, it impacted what I want to do for a career.” 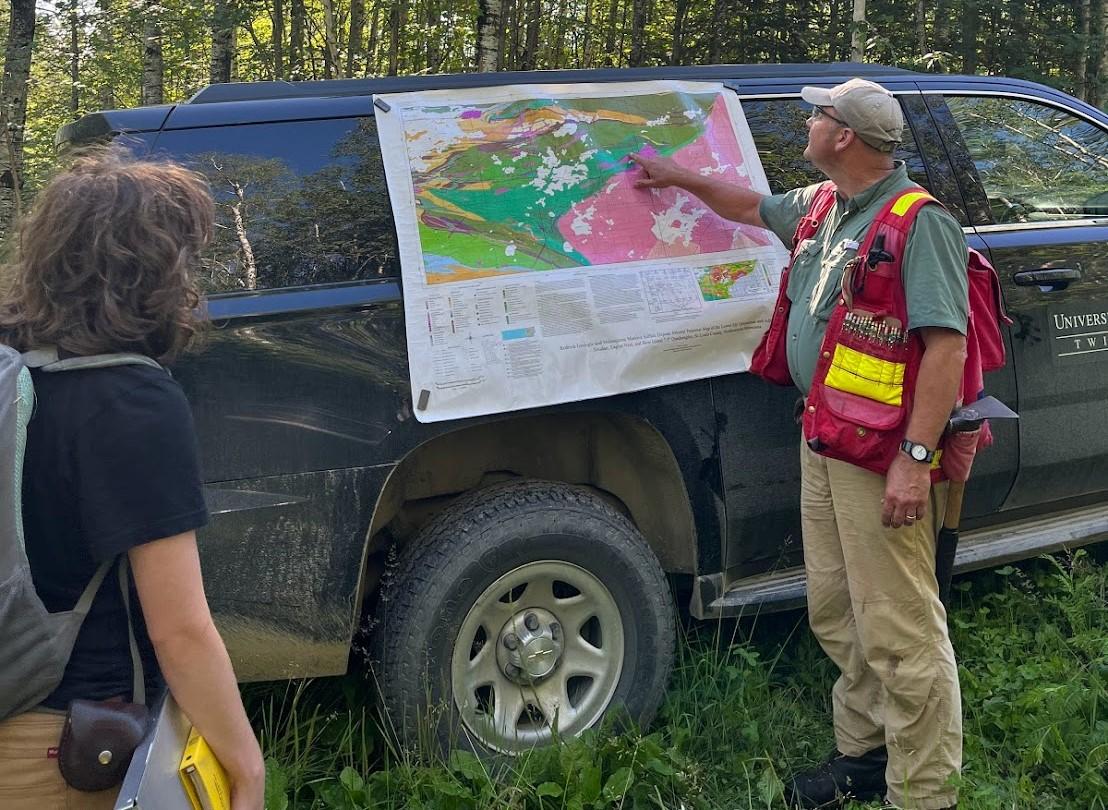 College students represent the future. And the ancient geology of northern Minnesota represents the future access to a green economy.

“With the national interest in critical minerals, many companies are hiring geologists to map viable resources,” said NRRI Economic Geologist George Hudak. “As we transition to a more electrified energy grid and electric vehicles, demand for these minerals is expected to increase.”

Minnesota’s ancient rock formations hold a variety of critical minerals but, because so little is exposed above ground, it takes special expertise to map those rocks. That challenge was met by University of Minnesota students learning advanced field geology this summer. The course was team-taught by Hudak and University of Minnesota Geologist Annia Fayon.

Michael Park, entering his senior year this fall, knew it was time to get serious about a career path after college, or perhaps enroll in a master’s program. 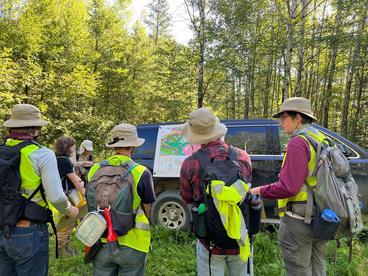 “Doing this field work was a lot more fun than I thought it would be,” he said. “It didn’t even feel like I was in school. We were just walking around and learning so much. Now I know I want a job where I can be outdoors a lot.”

Emma Kostecki, entering her junior year this fall, found that the hands-on nature of field work expanded her confidence in what she could do.

“This was a whole new situation for me, but I realized I can gather that data, and write that paper, and do it well,” she said. “To have confidence in a new skillset, and the support along the way, it impacted what I want to do for a career.”

The undergraduate students first took a three-week Intro to Field Geology course in Montana, where the rock formations are above ground and easier to map. In Minnesota, things got a bit tougher. The students mapped rocks in both Minnesota’s Duluth Complex and Vermilion District, which formed about 1.1 billion years ago and 2.7 billion years ago, respectively.

Hudak led them on three progressively challenging mapping projects – from coarse grained and structurally uncomplicated to fine-grained rocks with many complicated geological structures.

“They nailed it,” enthused Hudak. “The maps this class produced were unbelievable.”

He knew he had reached the students when a small group called him excitedly on the two-way radio to come quickly. 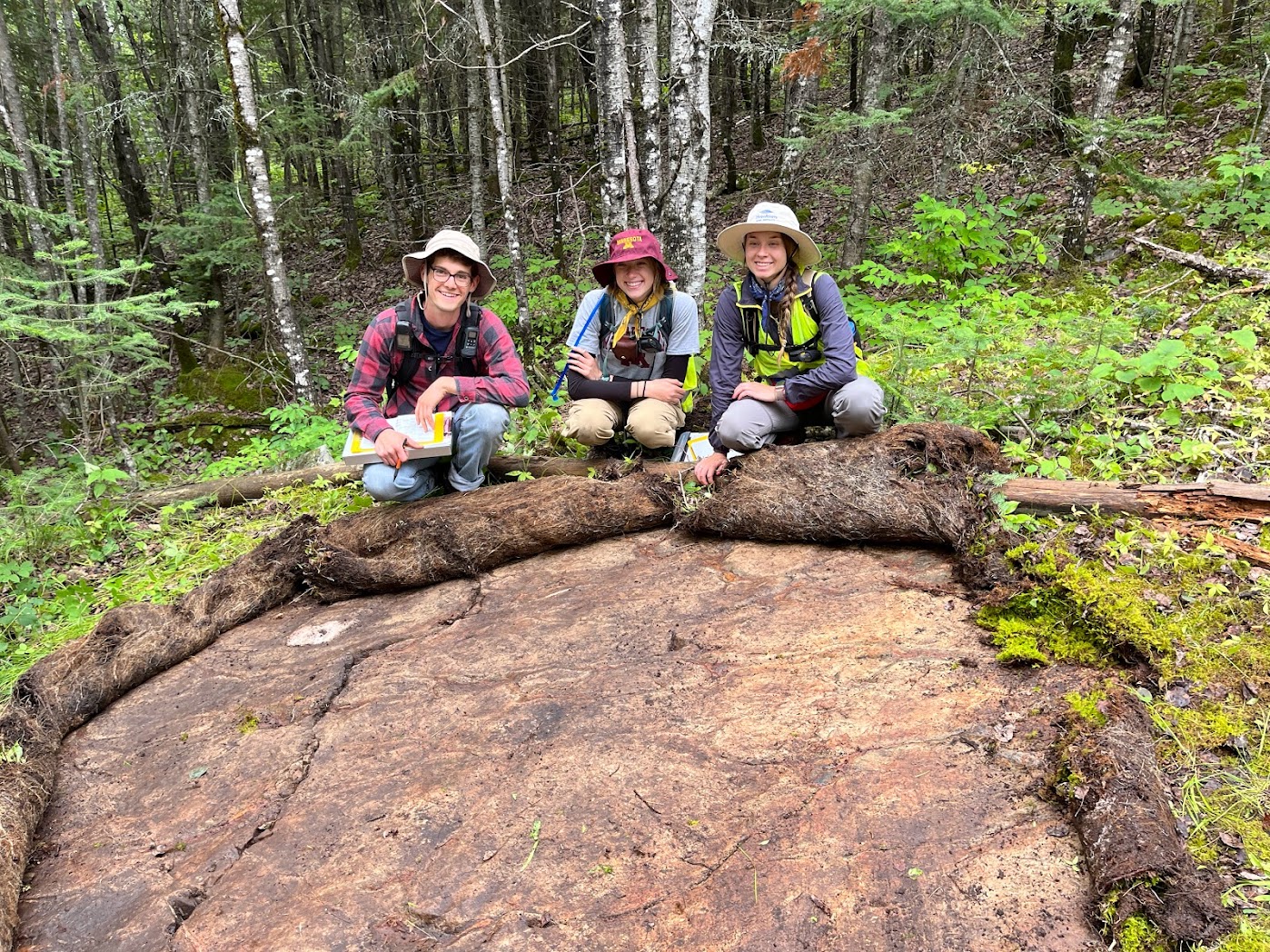 “They found a perfectly preserved basal pillow structure,” said Hudak. “And Emma was so excited, she was jumping up and down on the outcrop.”

With his industry consulting background, Hudak is also able to bring non-academic expectations to the students to help them prepare for life after college.

“Geology is picking up, especially given how much money is being spent privately and by governments to understand resources,” said Hudak. “Every time you go out, you find new outcrops and maps need to be updated. It’s continually evolving.”