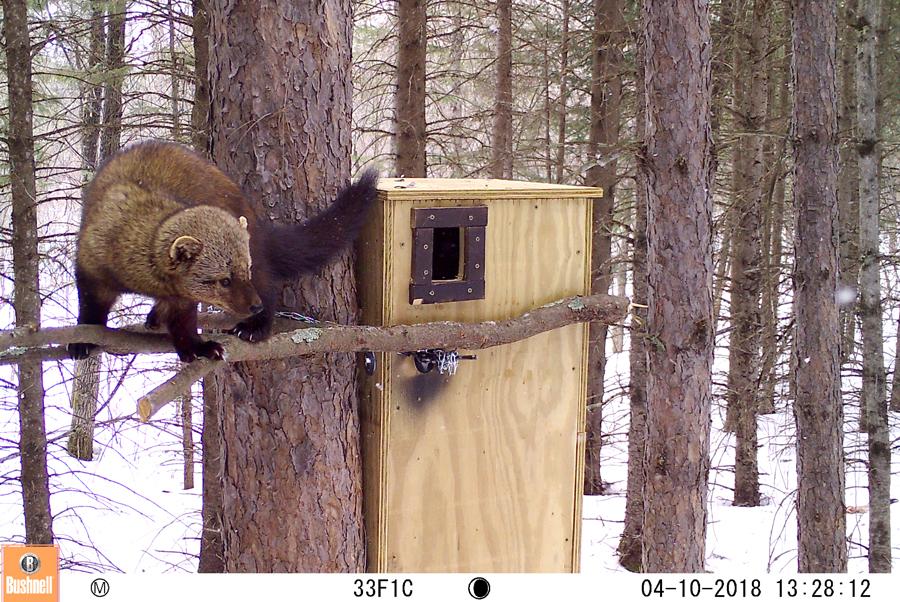 Fishers are obligate tree cavity users, which means that they strictly use tree cavities for giving birth to and caring for their kits. Cavities that female fishers use to raise their kits are called reproductive dens. Fishers use cavities in both living and dead trees. They also use tree cavities for resting in addition to their use as reproductive dens.  Young fisher kits depend on the shelter and protection that cavities provide until they are old enough to disperse and live on their own. Female fishers select certain features when selecting a cavity to use as a reproductive den. The cavity must have a chamber large enough to house the mother and her kits. Additionally, the cavity opening must be large enough for her to fit through, including while carrying kits, but small enough to prevent male fishers and predators from getting into the cavity and harming the kits.

The fisher population in Minnesota declined by about 50% between 2000 and 2015. Research conducted by the Minnesota Department of Natural Resources suggested that availability of large cavity trees may be contributing to the observed decline in the fisher population. As the largest mammal that depends on tree cavities in Minnesota, fishers require large cavity trees that are relatively rare in forest ecosystems. Large enough cavities can take a considerable amount of time to develop. For example, previous research has shown that it can take more than 80-100 years for trees to get large enough and develop cavities suitable for use by fishers. Forest management can reduce availability of large cavity trees because economic harvest rotations are typically not long enough to allow trees to obtain cavities before harvest. On the other hand, retention of trees within harvested stands may help retain cavities and allow for future cavities to develop, and not all stands on the landscape are harvested for timber.

Our project idea is based on previous research that has shown that fishers are willing to use den boxes for resting and raising kits. A similar project in British Columbia documented female fishers raising kits in 50% of their deployed den boxes across a 5 year period.   There have also been observations of fisher using wood duck boxes as rest and den sites in Minnesota, further suggesting that fisher may shift to other cavity-like structures when limited by poor habitat. The overall purpose of this project is to evaluate the use of den boxes as a habitat management tool for fishers.

We built the artificial den boxes at the Natural Resources Research Institute (NRRI). Each box was assembled using a double layer of plywood containing foam insulation. Boxes built in this way should provide similar internal conditions to natural cavities used by fishers. Den boxes were coated with exterior-grade deck stain to maximize their durability and lifespan outdoors.

We installed den boxes at sites in the Chippewa and Superior National Forests and in associated state and county forest lands. Installation sites were chosen based on their suitability as fisher habitat. We put boxes in forest stands of varying habitat suitability to fishers to help determine whether habitat suitability influences use of den boxes by fishers. Knowing what forest conditions fishers are most likely to find and use boxes is important for determining where boxes should be placed to maximize value to fishers.

Each den box has been monitored using a remote camera that captures photographs of fishers and other wildlife species that visit and use the box. We analyze these photos to determine what species are present at boxes, how frequently different species visit and use boxes, how individuals are using the boxes (e.g., for resting, caring for dependent young, or storing food), and when boxes are being visited and used. We are also using dataloggers that measure internal box temperature, glue strips in the opening that capture hair from animals using the boxes, and occasional inspection of the inside of boxes to monitor visitation and use of boxes by wildlife. The monitoring data will help improve our understanding of how and where to place future den boxes for fishers or other cavity-dependent wildlife and ultimately help us evaluate whether den boxes are a useful habitat management tool.

Photos and videos of the project will be posted here. 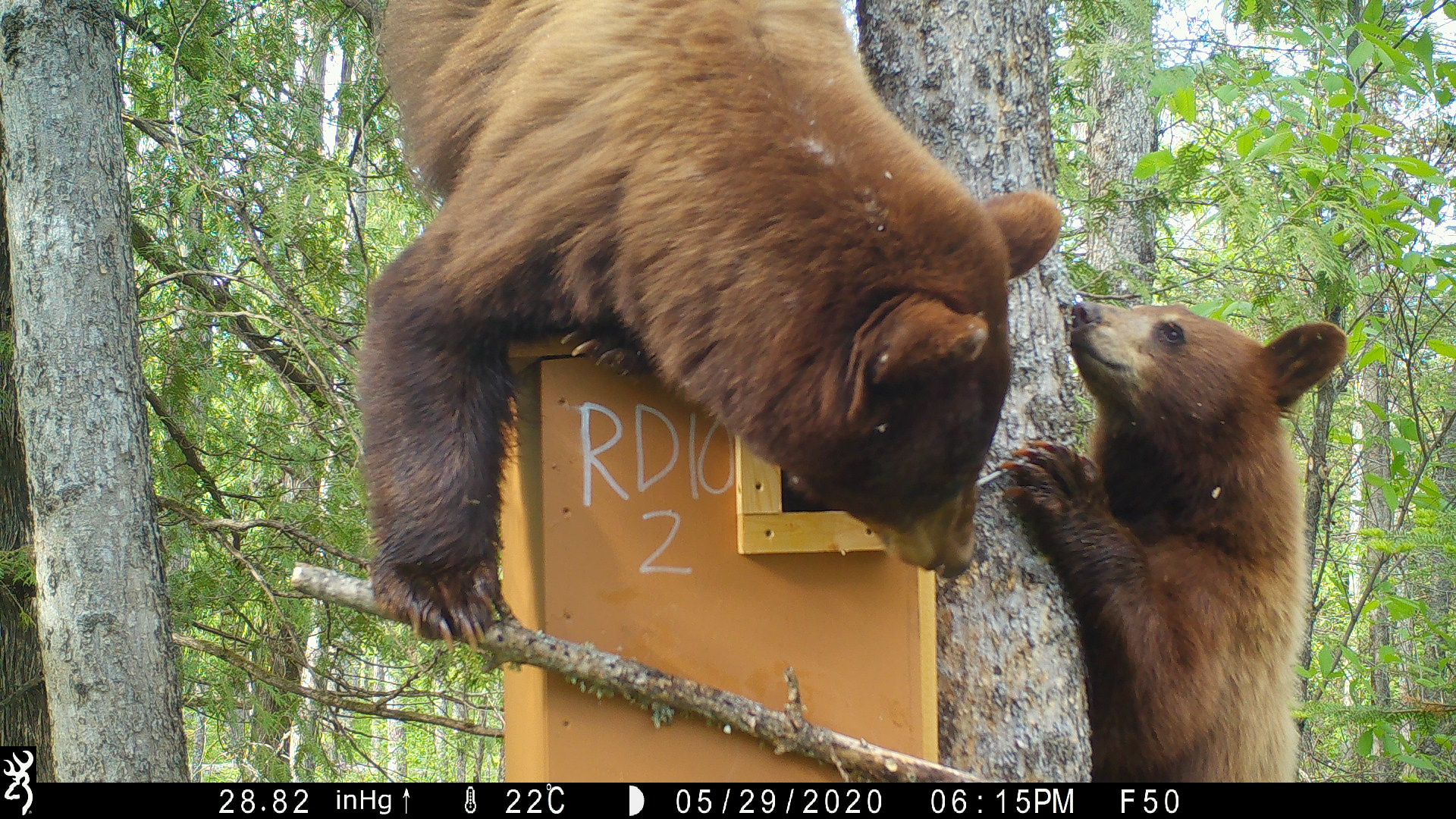