"We’d like to have long-term monitoring so we can see the trend. Maybe after 10 years the compost doesn’t hold water as well or doesn’t filter as well. We would like to know that.” 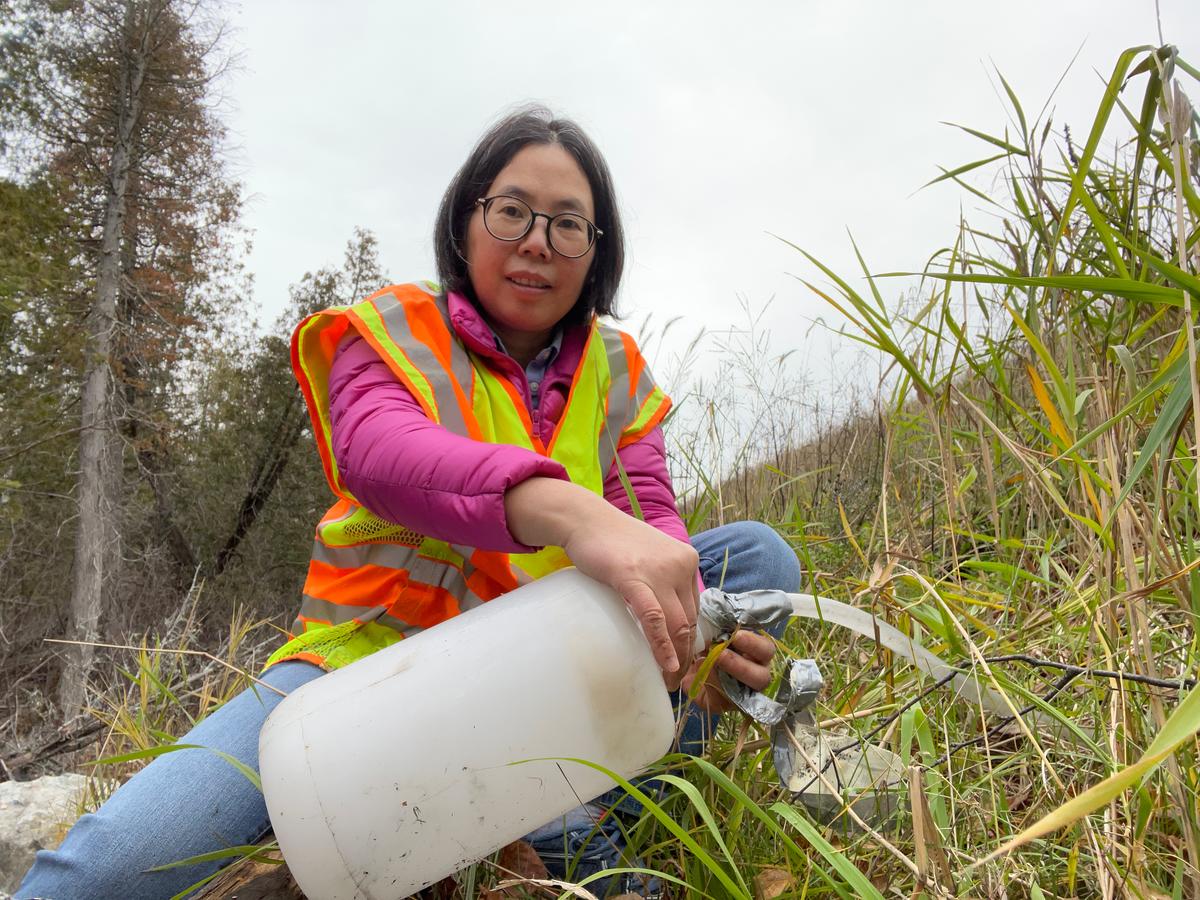 When rain hits roadways, that first inch of stormwater is the most polluted. The first flush captures the build-up of heavy metals – copper, zinc and lead – from vehicle traffic along with phosphorus and nitrogen.

That’s why the Department of Transportation has long engineered filtering systems in roadside bioslopes and bioswales (the slopes and ditches alongside roads). These sand and compost filters help keep the pollutants from entering groundwater supplies. That’s a good thing.

But the filtering materials are hauled long distances to a road-building site, often at great expense. Plans in 2018 to rebuild Highway 169 in northeast Minnesota provided a research opportunity to understand if local waste materials had potential to filter as well, with better logistical efficiencies. 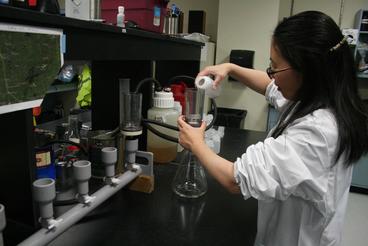 Phase one of the research project (2015 - 2017) started at NRRI with small trial experiments capturing runoff from the employee parking lot into six sample collection bottles. Six different filtering plots were set up with mixtures of peat and natural soil, and a mixture of compost and natural soil. Another plot was added in 2018 with a mixture of compost and taconite tailings.

“Others on our team were also monitoring moisture levels and vegetation growth,” said Mei Cai, NRRI environmental engineer and co-lead on the project. “We analyzed the effluent water samples for concentrations of metals and phosphorus.”

The researchers wanted to know how well the materials hold water on the site to retain the first inch of runoff onsite, reducing the risk of spreading the contamination.

When 5.7 miles of Highway 169 was being reconstructed in 2018, the researchers had some data to expand the test on a real roadway. Peat that was excavated as part of the road construction was salvaged to use as filtering media, along with compost from Duluth’s Western Lake Superior Sanitary District and local sources of sand. An underdrain system was also installed to promote drainage.

“We only had funding for two years of data collection at the Highway 169 site,” said Cai. “We’d like to have long-term monitoring so we can see the trend. Maybe after 10 years the compost doesn’t hold water as well or doesn’t filter as well. We would like to know that.”

Cai is seeking additional funding to be able to continue monitoring at NRRI Duluth and on Highway 169 to get that long-term data.

For now, it’s helpful to the Minnesota Department of Transportation to know that locally salvaged peat that would otherwise be disposed of makes a highly efficient roadside filtering media. Mixtures of peat and compost are also effective, but compost by itself has a high amount of phosphorous so the amount used must be limited to a low proportion. The peat-based filters proved as effective as the traditional mixtures of trucked in compost and sand mixtures. Taconite tailings have the potential to remove phosphorus, but proportions must be controlled to prevent any metal release.

Others on the research team were Kurt Johnson and Marsha Patelke from NRRI and David Saftner at Department of Civil Engineering, University of Minnesota Duluth.