“Their fuel source was already paid for and literally lying on the floor of their plant.” - Tim Hagen 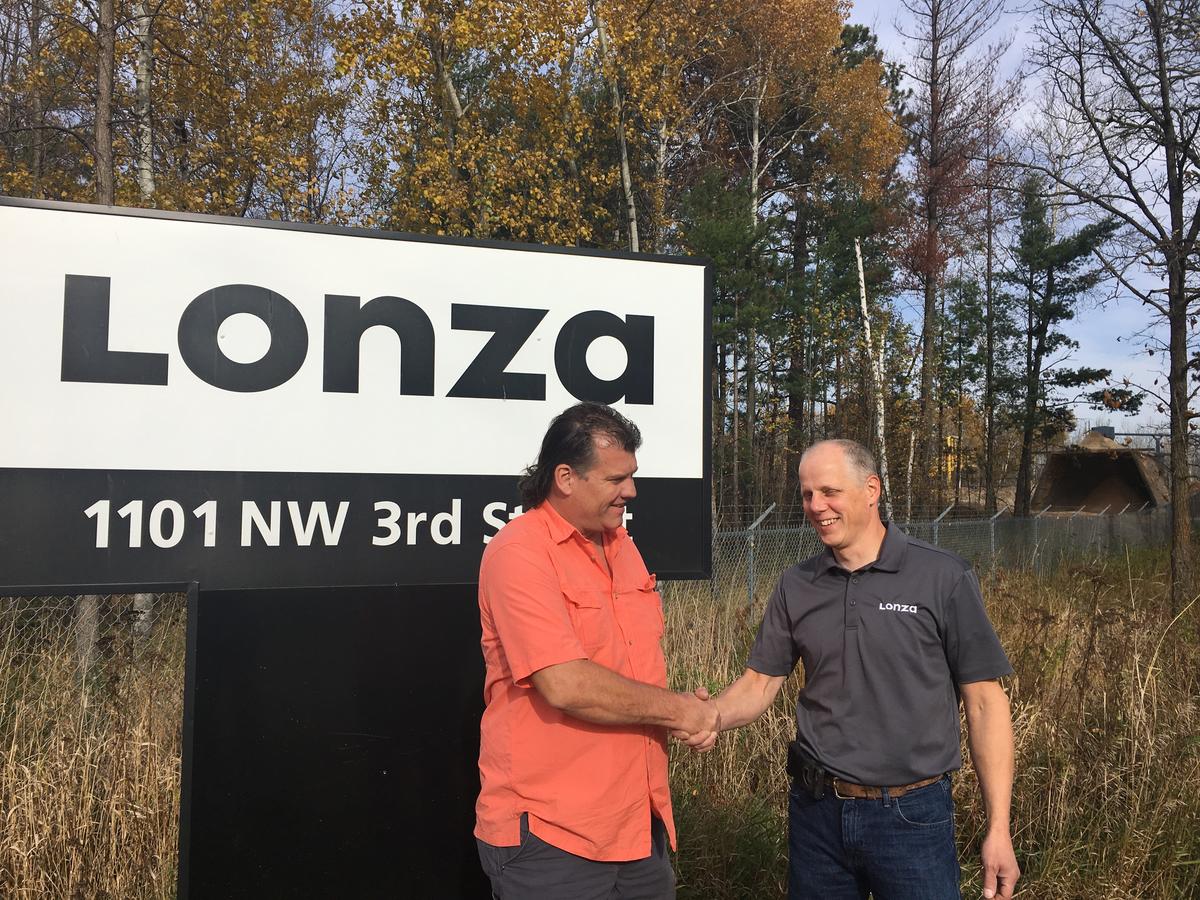 Quiet Cohasset, Minn., is in the heart of a tamarack bog. And Lonza, Inc. – a supplier of pharmaceutical and biotechnology specialty ingredients – relies on tamarack wood for its products.

There’s a special chemical in the wood of this tree, also known as the Eastern Larch, called arabinogalactan. Its healing properties are used in a variety of dietary supplement and food applications, but also as an emulsifier, base ingredient in personal care products. The large Swiss company provides 14 people jobs in its Cohasset plant, operating 24 hours-per-day.

But when it became necessary to move wood chips around the plant site, it created a lot of wood dust, or fines. Could NRRI help the facility come up with a way to reduce the dust problem?

First they had to separate the fines from the wood chips. NRRI Scientist Tim Hagen helped the company find the right screening technology to do the job.
“But then we had two piles of materials,” said Lonza Site Manager Todd Jaranson. “We had to come up with a market for the fines.”

Hagen, who had long been developing a briquetting system for biomass resources, helped them with a densification process for the tamarack particles. They conducted trials at NRRI’s lab in Coleraine and demonstrated they could produce a biofuel with some market value. But the value did not justify the equipment cost needed for producing, storing and loading briquettes. Especially with the added trucking cost needed to get the fuel to the customer’s location.

Another option that Lonza considered was simply loading the fines directly into trailers and selling as is. But the business that wanted the fines was 65 miles away.
“They basically offered to cover the cost of shipping, but we would never get a return on our investment in the loading equipment,” said Jaranson.

So Hagen suggested they supplement their natural gas fuel source with their own 200 HP biomass boiler system. It was the option with the most expensive upfront cost, but with potential for recovery of the capital investment in about five years.

Jaranson said the boiler is working great and the whole project helps Lonza meet its sustainability mission. Being able to test the briquetting technology at NRRI’s pilot plant proved out the process before an investment was made, reducing risk to the company. Hagen also pointed the company toward Department of Energy grant funds to move the project along.

“This is a great example of taking advantage of the low hanging fruit,” said Hagen. “Their fuel source was already paid for and literally lying on the floor of their plant.”

This project was given financial support by the Minnesota State Wood Energy Team's US Forest Service Wood Innovation Grant.