"[We saw] rare, unusual rocks, and we still don’t truly understand how they form.” 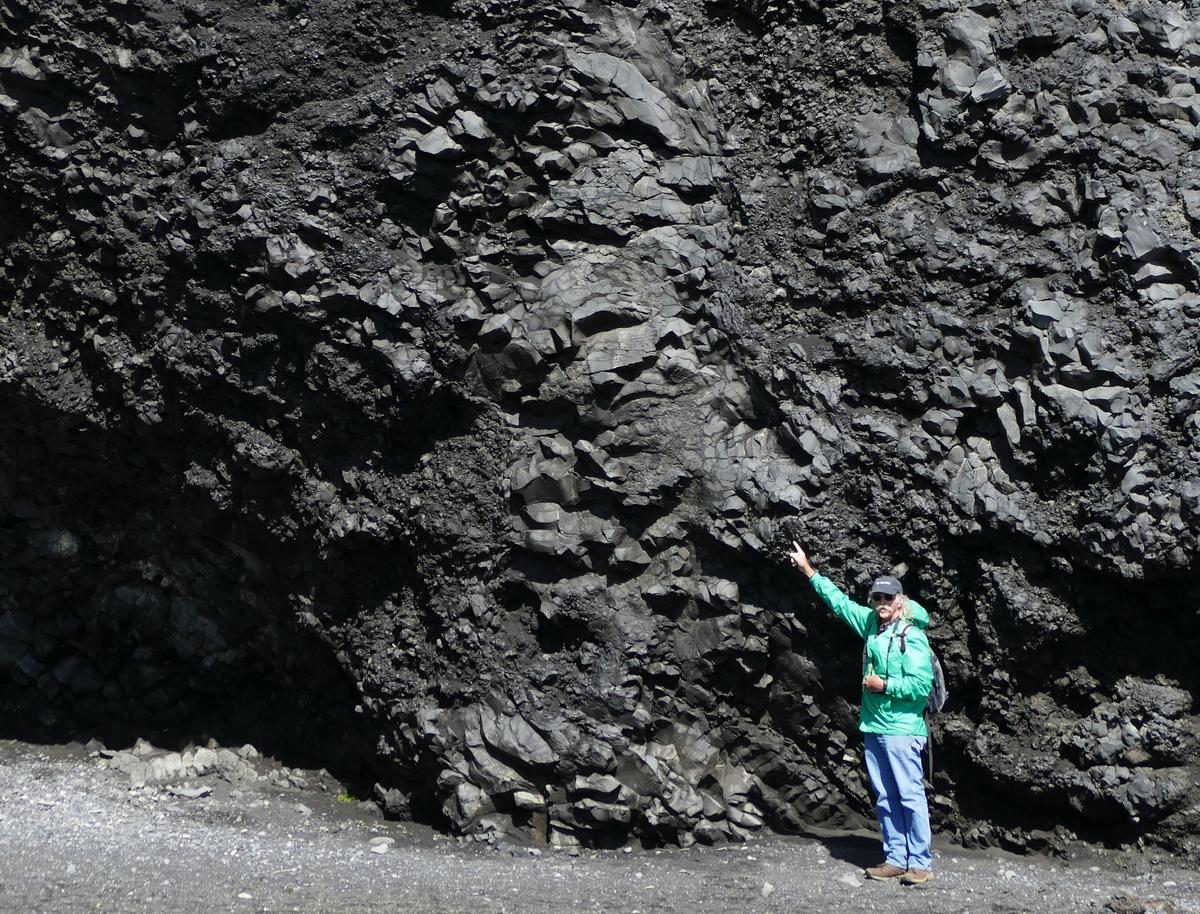 Trip to Iceland takes NRRI geologist back in time to understand how Minnesota was formed.

He called it a geologist’s “mecca.” Iceland didn’t disappoint NRRI Geologist George Hudak one bit during a trip this past summer. Even more, it informed what he thinks he knows about Minnesota geology. And Hudak knows more than most.

When the Institute of Lake Superior Geologists announced the field trip to Iceland, Hudak jumped at the chance. His expertise is in submarine volcanoes and other underwater eruptions. And Iceland has that in spades. The island is the exposed part of the Mid-Atlantic Ridge, still forming by underwater volcanic activity, with the newest formations just thousands of years old, compared to North America’s billions-plus. Hudak saw Iceland’s delicate textures and processes that were like a trip back in time to the forming of Minnesota’s geology.

“It was an opportunity to see two tectonic plates move away from each other just as they did in Minnesota,” he said. “The 1.1 billion year old mid-continent rift went right through Duluth-Superior, and geological processes in this rift formed the volcanic and sedimentary rocks along the North Shore, as well as the extensive mineralization we have today in the Duluth Complex.”

He stood in amazement in Iceland’s mid-Atlantic rift as it moves apart just inches per year, with the North American plate on one side and the Eurasian plate on the other.

The area near Five Mile Lake in St. Louis County has peperite – rocks that form when there’s interaction between magma and loose, wet sediments – and Iceland has tons of peperite. What gets geologists excited is that Iceland’s rocks are “fresh.”

“They haven’t been chemically or physically weathered, they haven’t been baked, and they haven’t been folded or faulted. They’re just perfectly preserved,” said Hudak. “When I see the same textures in Minnesota’s 2.7 billion year old rocks I’m amazed and can appreciate what Mother Nature is capable of preserving over the vast expanse of geological time.”

Observations of “pillow dikes” (intrusions of magma containing pillow-like structures that cross-cut the layering in the rock) in a quarry just east of Reykjavik also confirmed Hudak’s mapping of pillow dikes in in Minnesota’s Vermilion District. “I knew what I mapped was right, but it was awesome to see perfectly preserved modern examples. They’re rare, unusual rocks, and we still don’t truly understand how they form.”

Viewing the geology of Iceland by Land Rover meant actually seeing how rifts and volcanoes form in real time. In Minnesota, Hudak and other NRRI geologists piece together the geology from scattered outcrops.

“There we saw everything and could really get a sense of the scale,” he added. “Given our limited outcrops, it makes me wonder how many geologic treasures we don’t know about in our Minnesota rocks.”