Fishers were detected at less than half of the boxes, and Joyce didn’t see any indication of females giving birth nor raising kits in the boxes. He speculates that several factors may have deterred them. 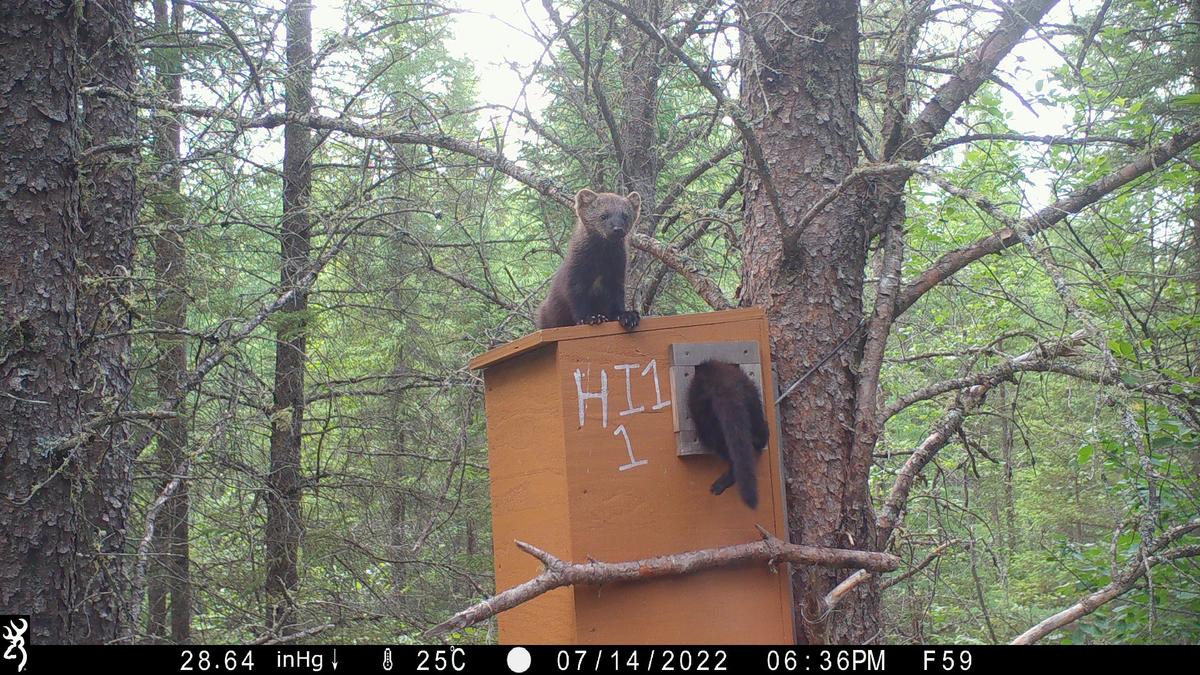 Carrying a 55-pound wood box deep into the forest and attaching it seven feet up on a tree was no easy task for wildlife biologist Michael Joyce. And he – with the help of field technicians – did this over 100 times throughout 2019 and 2020.

“I figured this would either break me or make me stronger,” he said with a laugh. “I’m happy to report that we all survived.”

The boxes were designed specifically to meet the denning needs of fishers, the largest mammal in Minnesota’s weasel family. Joyce used them to research whether the boxes would provide habitat for female fishers to safely give birth in and raise their kits. Fisher populations in northern Minnesota have dropped to about 7,000 from a high of 16,000 in the year 2000.

The decline spurred this study to evaluate whether den boxes could be a valuable management tool to improve fisher habitat and balance wildlife needs with forest industry needs. It is part of a larger effort to understand what factors have caused the recent fisher population decline and provide management solutions to boost fishers in Minnesota. 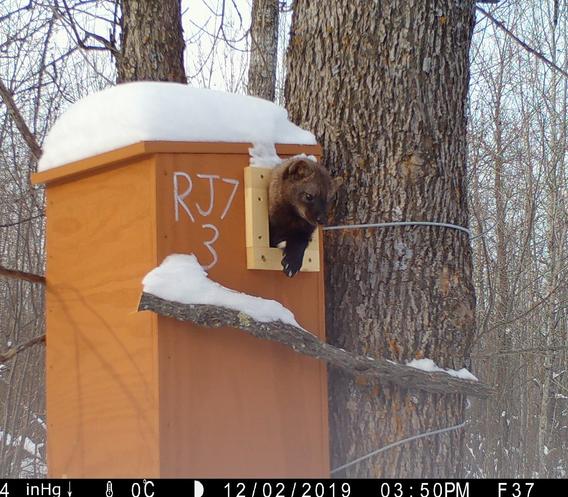 Female fishers’ preferred denning sites are in wide diameter aspen that have rotted inside to form a cavity. The research hypothesis was that, due to logging and other factors, there is a shortage of this habitat (forest surveys show fewer than two percent of the landscape) and the den boxes could provide artificial cavities where natural cavities are rare. To monitor wildlife activity, each box had a motion-sensor camera aimed at it. The camera cards – collected a few times a year – provided more than 3 million images.

“We haven’t looked at them all yet, but it’s been really fun seeing all the other forest animals – bears, moose, bobcats -- that visited the boxes,” said Joyce. “Martens and tree squirrels also used them for resting, storing food, and escaping predators – and they used them way more than fishers did.”

Thermometers were put in each box to record box temperature and sticky tape applied to the den box entrance to gather hair for DNA sampling providing the researchers with additional data. 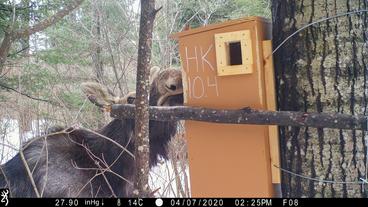 Female fishers used the den boxes for protection from male fishers during mating season – the opening on the box was sized specifically for females; males are almost twice their size – allowing females to be selective in choosing their mating partner. This is similar to how female fishers use natural tree cavities for mate selection. Females also used the boxes for resting, sometimes with their kits, and cached food to collect later. 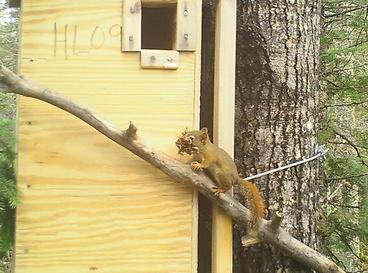 But fishers were detected at less than half of the boxes, and Joyce didn’t see any indication of females giving birth nor raising kits in the boxes. He speculates that several factors may have deterred them.

“Maybe the box location wasn’t where the fishers wanted them, or they had better natural cavities available,” Joyce said. “We put the boxes in areas with recent presence of fishers, but with their population decline they might not have been there anymore.”

Another outcome of the study will improve data gathering for this species going forward. The thermometers picked up a unique temperature fingerprint for fishers in the boxes. That means researchers can determine if fishers are using the boxes by visiting the sites just once a year and collect data that is much easier to analyze than millions of photos.

Another theory for the recent fisher decline is that their number one predator, the bobcat, might be winning. Research by the Minnesota Department of Natural Resources has shown that this wild feline population has increased to about 7,000 from a low of 2,000 some-40 years ago. Joyce received additional funding to capture both bobcats and fishers to outfit them with GPS collars and track their overlapping movements for further study.

“Bobcats tend to do well in young forest, while fishers prefer old forests – but there are forest conditions that they both use, especially where they are hunting for shared prey,” said Joyce. This project to gain more insight into fisher and bobcat interactions is underway and the project will continue through 2024.

Funding is provided by grants from the Legislative-Citizen Commission on Minnesota Resources as recommended by the Minnesota Environment and Natural Resources Trust Fund.