Getting a chance to see how the stuff burns, how it smells and what the smoke looks like has been interesting, but it is still a work in progress. 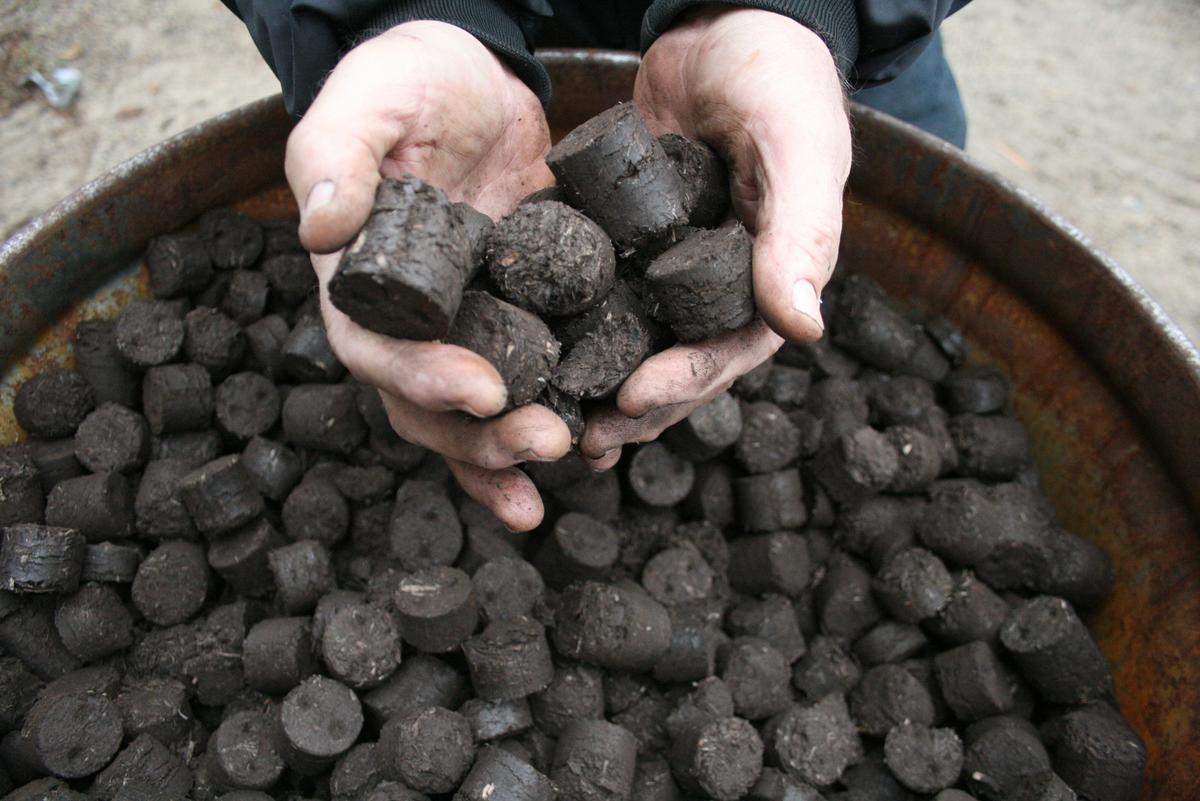 We don’t see many steam powered locomotives these days, but they’re not obsolete. About 150 steam locomotives operate in the U.S. today and they still burn fossil coal. These historic locomotives are often used for tourists hauling a couple million passengers a year.

NRRI is working with the Coalition for Sustainable Rail to help create a biofuel source that not only makes these trains more efficient, but also more environmentally friendly.

“If there is public concern about the combustion of coal, it only makes sense for us to investigate a cleaner alternative,” said Davidson Ward, president and one of the founders of the Coalition.

Founded in 2011, this non-profit organization is made up of educators, railroaders, researchers, scientists, engineers and historians. They hope to preserve historic trains and make history by revolutionizing the industry. Since 2013, they have been working with NRRI to develop and test torrefied biomass which they hope can eventually replace coal in steam powered locomotives.
Torrefied biomass is a roasting process that converts biomass into a solid fuel with properties similar to coal in combustibility and BTU output, but without the polluting emissions.

The biomass developed at NRRI’s Coleraine lab is a great fit for the current Coalition project at the Milwaukee County Zoo where they have two small tourist trains. Similar amounts of heat are released when burning the biofuel compared to natural coal. A comparative test run was made in October to see how the biocoal performed against fossil coal.

Because this biocoal is created from tree harvest waste, it is about as natural as a fuel can get, without the negative attributes associated with fossil coal, produces less ash and creates very little smoke. This is why biocoal is such an intriguing fuel source to investigate.

But there is more to be done before biocoal can be used in full size locomotives. Densification of the biomass material is one area where development is needed. Fossil coal is created under heat and pressure over millions of years which makes it uniformly dense. Biocoal, on the other hand, is created by mechanically compressing “roasted” wood chips to achieve uniform density. It is important for biocoal to break down uniformly to allow the fuel to burn evenly and efficiently.

The zoo’s tourist train is about one-quarter the size of a standard train engine, but it operates under the same mechanical principals as their full-size counterparts making it a perfect test subject.

NRRI was able to produce about 500 pounds of solid biofuel to power the small train and provide valuable data to improve the densification process.

“Testing is more easily done on a small locomotive like ours,” said train engineer Ken Ristow of the Milwaukee County Zoo. “Getting a chance to see how the stuff burns, how it smells and what the smoke looks like has been interesting, but it is still a work in progress.”

The train performed well and the zoo is hoping to do another round of testing with the Coalition for Sustainable Rail and NRRI in the spring. Meanwhile, NRRI will continue improving the biocoal so it can eventually be used in full-scaled steam engine locomotives.